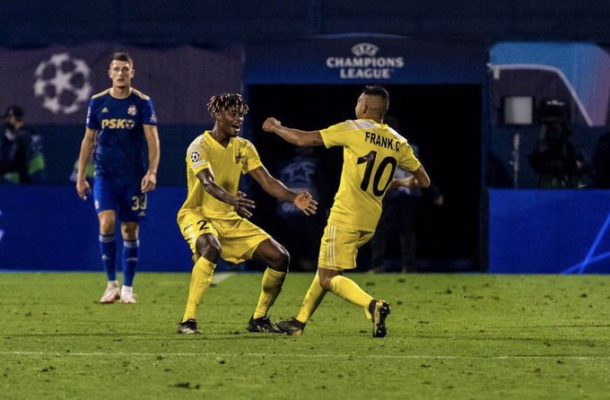 Sheriff Tiraspol had a Champions League group stage debut to remember as the team from a breakaway region of Moldova beat Shakhtar Donetsk 2-0 on Wednesday.

The game took the Champions League to a new frontier. Sheriff is the first club from the Moldovan league to qualify but it’s based in the breakaway region of Transnistria, a self-proclaimed independent nation which isn’t recognized by any United Nations member state.

With funding from the Sheriff company, which runs large parts of the economy in Transnistria and has strong political ties, the club built a team capable of pushing past former European Cup winner Red Star Belgrade in qualifying.
The midfielder lasted the entire duration of the game as he had the highest passing accuracy of any player with 94.7% and the joint highest tackles and interception of five in the match.

Sheriff started against Shakhtar with an all-foreign lineup including a Greek goalkeeper, a midfielder from Luxembourg, Ghana and a forward from Uzbekistan. Shakhtar had its usual core of Brazilian players.