EFL: No ho-ho-ho for Joey, Pompey's wish comes true among 12 things you may have missed - Xmas special 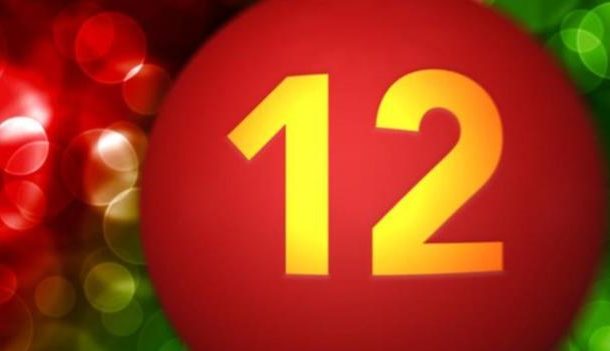 With Christmas approaching, the festive spirit was evident across the English Football League - there were even some reindeer outside Peterborough's London Road ground.
Fans of 27 winning clubs in the second, third or fourth tiers will be able to say "my true love gave to me" three points.
And following that theme, while feeling especially generous at this time of year, BBC Sport hereby brings you 12 things you may have missed in the EFL this weekend.

Twelve hours on the coach
Spare a thought for the Sunderland fans who endured a round trip of 640 miles to watch their side lose at Portsmouth, three days before Christmas.
The travelling Black Cats faithful saw no shots on target from either side in the first half and their team managed just one in the entire 90 minutes, in a 3-1 loss, as League One leaders Pompey capitalised on Glenn Loovens' second-half dismissal.
For Pompey owner Michael Eisner, a man used to making wishes come true as the former chairman and CEO of Disney, it was a case of being a recipient rather than a giver.
"Dear Santa - we have been reasonably good all year. So we wish for a win against Sunderland," he said on Twitter on Friday.
"Thanks, Santa! #Pompey. The perfect gift," he posted following the game.
Meanwhile, although none travelled quite as far as Sunderland, four other EFL clubs' supporters who also journeyed vast distances across the country this Saturday did have wins to celebrate.
Accrington fans were rewarded for their long trip to Plymouth with a 3-0 victory, while Carlisle won at Crawley, Exeter beat Oldham and Rochdale came out on top at Southend.
Eleven barren months for Bony


Wilfried Bony's goal at Hull was his first in competitive football since 17 JanuaryThe year 2018 has not been one to remember for Swansea City striker Wilfried Bony but - on his first start since January - he finally ended his 11-month dry spell in front of goal.
The 30-year-old - who cost the Welsh outfit a reported £12m to re-sign in 2017 - opened the scoring for the Swans at Hull City, but the Tigers fought back to claim a 3-2 win.
Ten dozen freebies
Talking of expensive purchases, Cambridge's directors drew widespread praise for a generous gift to supporters at Morecambe on Saturday.
All the Cambridge fans at the Globe Arena received free entry, a free non-alcoholic drink and a free pie or snack, paid for by the League Two club's board.
On the field though, it was not such good news for United, as they lost 3-0 in new manager Colin Calderwood's first game in charge.
Nine crazy minutes of additional time
It is fair to say, Joey Barton's playing career delivered some crazy moments, but few could match Saturday's dramatic finale at the Memorial Stadium.
Manager Barton was sent to the stands in the final moments of his Fleetwood Town side's 2-1 loss at managerless Bristol Rovers - but that was not the only drama to occur in stoppage time.
Rovers hit the woodwork twice, before James Clarke's 94th-minute goal won the game, while three yellow cards and Barton's red were dished out in added time, after Fleetwood striker Ched Evans' earlier dismissal and six other bookings.
"Today's officiating team were as bad as any I have come across in all my time in the game, including junior football," fumed Barton.
So no ho-ho-ho for Joey.
Eight decades of waiting ended
Queens Park Rangers ended one of the longest-standing records in English football as they finally won a game at Nottingham Forest for their first time in their history, at the 35th attempt.
Rangers had lost 20 and drawn 14 of their previous visits to the City Ground since first playing there in 1934.
Tony Leistner's header ended the hoodoo, giving former Forest boss Steve McClaren a win over one of his old clubs for the second consecutive weekend.
Seven straight home league wins for Luton


Nathan Jones' in-form Luton are unbeaten at home so far this seasonFar more used to winning are Luton Town, who continued their impressive recent form with a 2-0 win over Burton Albion.
The victory was Luton's seventh in a row in home league games, keeping them four points behind leaders Pompey.
The second-placed Hatters - who have not played in the Championship since 2007 - are threatening to achieve back-to-back promotions, after finishing second in League Two last term.
Six hat-tricks for Gayle
West Brom's impressive 4-0 win at Rotherham - which kept the Baggies third in the Championship - saw Dwight Gayle score the sixth senior hat-trick of his career.
The Newcastle loanee took his tally of goals for the season to 13, after 21 appearances in all competitions.
He scored his first senior treble while playing for Peterborough at Blackburn in 2013, before netting hat-tricks in the League Cup in consecutive seasons for Crystal Palace and then claiming the match ball twice in the space of three months for Newcastle in 2016.
Five straight losses
But it will be a far less happy Christmas for fans of Scunthorpe United, who slipped in to the League One relegation zone with a 2-0 loss at Bradford City.
The Iron have lost five consecutive league games, as well as being knocked out of the FA Cup at home to Gillingham earlier in December.
They have also gone five matches without scoring in all competitions. Bah, humbug.
Four points clear at the top
In contrast, Lincoln City are having a very merry time indeed, after moving four points clear at the League Two summit.
The Imps' 3-2 win over Newport County was coupled with second-placed Milton Keynes Dons' 1-0 loss at home to Colchester.
Three teams called the 'Robins'


A Press Association reporter described Swindon and Cheltenham's dour match as "instantly forgettable"Swindon Town and Cheltenham Town's meeting in League Two gifted us with a festive-themed match between the 'Robins' and the 'Robins'.
Sadly, their match failed to take flight, as it ended goalless at the County Ground, in a match described as "instantly forgettable".
The clubs also share their tag with Bristol City, while the trio are joined by 14 other EFL clubs who have animal nicknames - if you think you can name them all, click here to take our quiz.
Two Bruce lieutenants
Ex-Aston Villa boss Bruce has been tipped to be the next Sheffield Wednesday manager, after the Owls parted company with Jos Luhukay on Friday.
Two of Bruce's former backroom team at Villa - Steve Agnew and coach Stephen Clemence - were at Hillsborough for Saturday's visit of Preston, adding to widespread speculation of the former Manchester United defender's potential arrival.
After the Owls' 1-0 win, caretaker boss Lee Bullen said the Owls will be doing "the right thing" if they appoint Bruce, 57.
And a striker with a broken hand
We would have liked to end with a partridge in a pear tree, but as Steve Coogan was unavailable, we must offer respect to a certain Derby County player instead.
After an entertaining 1-1 draw against Bristol City, manager Frank Lampard revealed that veteran striker David Nugent had played 65 minutes of the game despite breaking his hand on Thursday.
That surely deserves an extra portion of pudding on Tuesday.