Elisha Owusu wins the best passer of the ball in Belgium 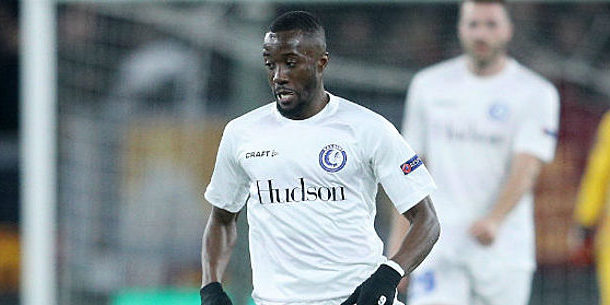 Ghanaian midfielder Elisha Owusu has been ranked as the best accurate passer of the ball in the Belgian JPL.

The KAA Gent midfielder had a passing accuracy of 91.4 % and makes at least 50 passes per game to beat competitions from the best midfielders in the League, including compatriot Samuel Asamoah, who placed fifth in the list.

AA Gent deposited one million to summon noble unknown Elisha Owusu at Lyon last summer , an investment the Buffalos will certainly not regret.

The 22-year-old inspector has become one of the discoveries in our fields in recent months and saw his estimated market value increase sixfold, even if six million will probably not be enough to take him away from the Ghelamco Arena.

The truth tells is that Sander Berge (57 passes per '90 at 91.56%) actually did a little better before leaving for Sheffield United.

However, the difference between the ex-Genkie and Owusu is minimal, additional proof of the latter's excellent numbers during his first season in the JPL. Moreover, the Frenchman had only had 33 games at the highest level before. Louwagie's connoisseur's eye - or was it Peter Verbeke? - therefore did his service again.

It is yet to be seen if Gent can keep their most prised asset at the end of the season.

Ghana coach C.K Akonnor visited the player during his European tour and watched him play against Anderlecht in the league.

Football in Belgium, like many European countries have been suspended due to the Coronavirus outbreak.

The corona virus is currently laying down European football, so no matches are being played in the Jupiler Pro League.
But the ranking was done based on those 29 games played, and considered player who have excelled in a number of key elements of the game.

The ranking eventually retained  only central midfielders who played at least 15 games, of which 10 as holders, and who sent at least 35 passes per 90 minutes on average.