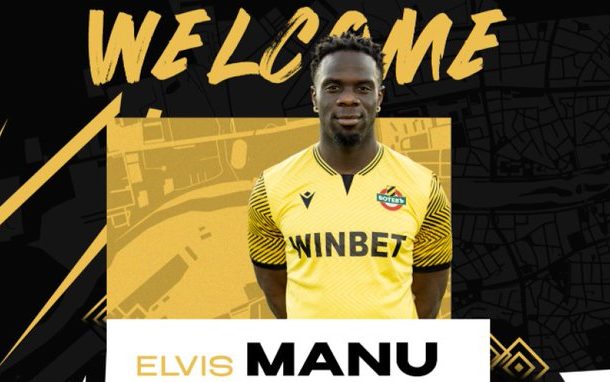 Dutch-born Ghanaian winger Elvis Manu has made a return to Bulgaria where he has signed for Botev Plovdiv in the Bulgarian Parva Liga.

The 28-year-old has signed a two-year contract with his new club after leaving the Polish side Wisla Krakow.

Manu has had a nomadic career having played for nearly a dozen clubs despite not turning 30 yet with his move to Botev and his second stint in Bulgaria.

He signed for Bulgarian champions Ludogorets in  August 2020 spent two years there and won trophies before leaving on a free transfer.

After leaving Ludogorets, he moved on to the Polish side Wisla Krakow but the team suffered relegation at the end of the 2021/2022 season.

He will be hoping to make a lot of impact on his second stint in Bulgaria with Botev just as he played for Ludogorets.

The 28-year-old winger was born in Dordrecht - Holland to Ghanaian parents and switch his nationality to Ghana but seven years after he still has yet to make his  Ghana debut.

He played for Holland at the U-19, U-20 and U-21 before  switching to Ghana where he is still waiting for his debut.

The journeyman has played for the likes of Brighton, Huddersfield, Feyenoord, Cambuur, Go Ahead Eagles, some clubs in Turkey and in Poland for Wisla Krakow.