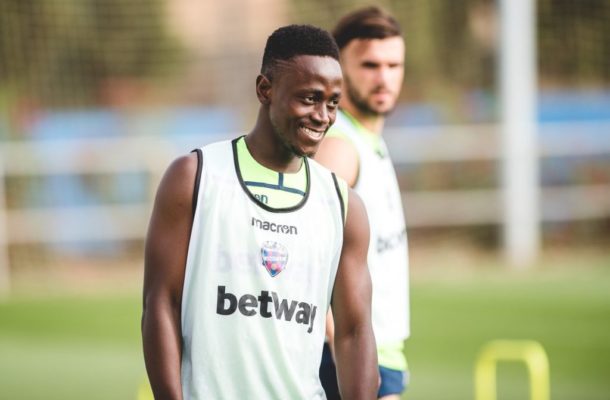 Ghana striker Emmanuel Boateng was part of the Levante squad that traveled on Wednesday to the sports complex La Finca, in Algorfa (Alicante), to complete the first concentration of the preseason.

The former Moreirense forward enjoyed a stellar first season with Levante, where he went down in record books as the first Ghanaian to score against both Real Madrid and Barcelona in a season.

The budding forward is poised to hit top form ahead of the forthcoming campaign as he bids to build on an impressive breakout season.

Manager Paco Lopez's only loss is that of Colombian midfielder Jefferson Lerma, who plans to join the squad next week.

Levante will also play their first friendly of the summer against Bournemouth on Friday from 20:00 in La Manga, Murcia.