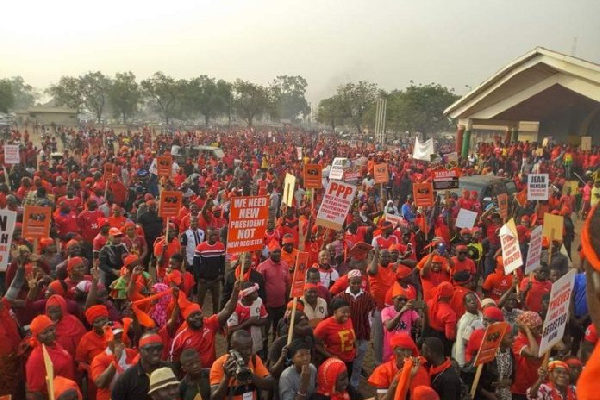 Members of the inter-party resistance against the Electoral Commission's plan to compile a new voters' register for the 2020 general elections poured onto the streets in Kumasi Tuesday morning in protest.

The protest followed a similar one in Tamale last week.

The group has been arguing that it was unnecessary to compile a new register and that it would be a waste of public resources despite the Electoral Commission's explanation of its importance.