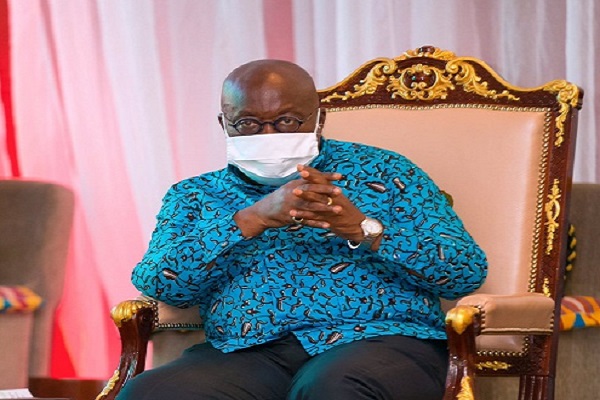 A Civil Society Organisation, the Community Focus Foundation Ghana (CFF-GH) has urged President Nana Addo Dankwa Akufo-Addo to take decisive actions to ensure that the country remains peaceful before, during and after the December 7 polls.


The call by the CFF-GH comes on the back of reports of violence at some voter registration centres across the country in the ongoing Voters registration exercise.

A statement issued by the CFF-GH and signed by its Executive Secretary Richard Kasu said it has "observed with deep worry the violent brutalities being meted out to citizens undertaking their civil duty of registering in the registration exercise currently ongoing.

“Truth be told! The abuse of power, brazen acts of violence, impunity and dreaded vigilantism witnessed under the current regime leaves much to be desired. The frustrations and anxiety of most citizens as a result of the crude tactics being employed by state security operatives to ostensibly intimidate potential registrants cannot be allowed to continue. The harassments and unprovoked wicked attacks on innocent citizens do not only cast a slur on our democratic integrity but can erupt into civil unrest which will completely destroy our striving democracy.”

The group also drew government’s attention to the “very profound statements” made in their 2016 manifesto regarding good governance, peace and security.

According to the CFF-GH, Page 39 of the NPP manifesto stated that “the fundamental requirement for sustainable development is good governance. The NPP is irrevocably committed to the establishment of solid, efficient machinery for good governance, comprising accountable government and respect for the rule of law and human rights.”

On matters of security, CFF-GH said page 43 of the NPP manifesto stated that: “The NPP Government will secure peace and security for all Ghanaians. Under the NPP Government, Ghanaians will feel safe on the streets and in their homes. Ghanaians will go about their daily business in the secure knowledge that their persons, properties and lives are safe under an NPP Government. The NPP will ensure that our security personnel are also adequately prepared to deal with the emerging threats of terrorism and cybercrime, which will be another major priority of our government”.

“If the above statements were NPP’s own words, and taking into account the current state of insecurity witnessed under the regime, then it simply implies they have woefully deviated from their own principles of safeguarding the safety of the citizenry. The insecurity situation in Ghana today clearly shows government is not doing much so far as state security is concerned and this is a great worry to majority of the Ghanaian people,” the statement added.

The CFF-GH continued that is much concerned about the “recent killing of a 28-year-old graduate teacher trainee, Silas Wulochamey by unknown assailants at Banda in the Bono Region due to registration related issues creating serious tension in that part of the country” and questioned why a Ghanaian should “lose his precious life just because of voters registration exercise.”

The CFF-GH thus stated that this act means “that Ghana is no longer safe for its citizens. The peace and security of Ghana, a country touted as a beacon of democracy in Africa is continuously being threatened by partisan vigilantism, which rears its ugly head particularly during elections.”

CFF-GH reminded political parties that the peace and stability of the country is bigger than their ideologies and personal ambitions.

The CSO recommended the following:

To President Akufo-Addo it said: “in line with his 2016 manifesto, he should take decisive actions and ensure that Ghana remains peaceful before, during and after the 2020 elections.”

To the IGP, it said: “The IGP must ensure killers of the teacher trainee, Mr Silas Wulochamey are arrested and made to face the full rigours of the law to serve as a deterrent to others”.

To political parties, it said: “Political parties must allow the state security agencies with responsibilities during the registration to undertake their duty without influence. Political parties should not incite their supporters to be violent but rather support the state institutions to do their work and channel complains and grievances to the appropriate quarters for redress.”

To the security agencies, it said: “State security institutions serve at the pleasure of the people. They should resist partisan influence and show themselves to be neutral, fair and committed to the colours of Ghana”

To CSOs it said: “CSOs, media, moral society, traditional authorities among other stakeholders should be heard loudly on the current state of insecurity in Ghana and take collective action and right the ills of society for posterity will judge them if they sit aloof”.

To the National Peace Council, it said: “That the peace council should be proactive in its work and prove beyond a reasonable doubt that it is serving the interest of the Ghanaian people. The allegations of bias by some political actors are not good for its image and integrity.”