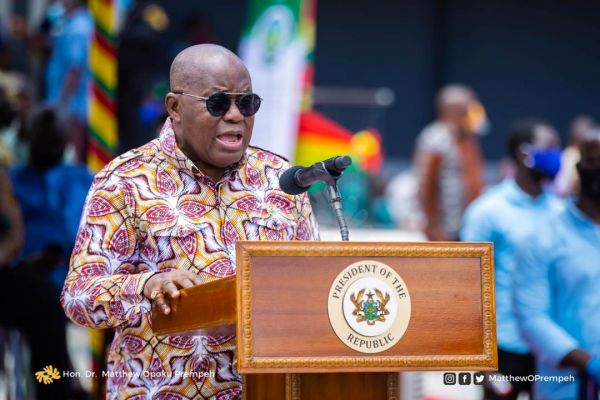 The scheme will be managed by the National Pensions Regulatory Authority (NPRA), and it forms part of the efforts by the government to sustain interest and revamp the cocoa sector.

The scheme will guarantee a decent retirement income for cocoa farmers for life, while ensuring decent livelihoods after retirement.

The launch of the scheme was pursuant to Section 26 of the Ghana Cocoa Board (COCOBOD) Law 1984 (PNDCL 81), which mandates COCOBOD to establish a contributory insurance for cocoa farmers.

For almost 36 years, the law has not been activated, until President Akufo-Addo practicalised his belief, commitment and determination to improve the living condition of the farmer laying the golden eggs, bringing in over $1.2billion as foreign income.

And so, it was a matter of joy and excitement among cocoa farmers, when the government, in collaboration with COCOBOD and the NPRA teamed up to set up a Cocoa Farmers Pension Scheme to support gallant farmers enjoy a decent pension.

A successful life after active service is determined by how well a worker prepared during the active work lifetime and that is when a pension comes in handy to the worker to cushion him/her, when the regular monthly income seizes to flow.

So, a pension scheme is a must for a comfortable life after active service and this is what these farmers lacked even when the Act was passed 36 years ago.

The launch of the scheme is not only timely, but welcoming.

It will encourage the farmers to be committed, and also entices more youth to nurture the interest in cocoa farming, since they would be guaranteed financial security in the future.

That is why all cocoa farmers are encouraged to sign up to the scheme to enjoy the full set of benefits offered.

The initiative, described as one of the most decisive pro-poor agro intervention programmes, by the government, will also ensure that the farmers maintain a good standard of living after retirement.

Launching the scheme, President Akufo-Addo said there were millions of cocoa farmers across the country, who were responsible for the production of a crop, that had, for over a century, been the mainstay of the economy of the country.

The president said the government would establish the pension scheme for them not just in fulfilment of the legal requirement, “but also in line with government’s plans to improve the living standards of cocoa farmers in Ghana.”

The absence of a guaranteed decent retirement income is a major disincentive to the youth into farming in general.

This is because farming is an energy-sapping enterprise, with the potential of weakening the farmer within a relatively shorter time, unlike office work.

That is why such a move should be extended to cover farmers of the selected six other cash crop farmers under the newly established tree crop development authority (TCDA) and ultimately gradually cover all other farmers as a way to motivating them to redouble their efforts of producing more food and other cash crops to make agriculture truly the tool for transforming the economy.

The onus is on the agricultural extension officers to sensitise farmers to develop the habit of putting something away at the end of every farming session, as a form of insurance for the future.

Currently, there are a number insurance packages by the various insurance companies that take care of people in their old age and the farmers should be encouraged to patronise such schemes.

For now, many of the youth are hesitant in going into farming because, there is no future when they grow old and are unable to farm any more.

Thankfully, the Social Security and National Insurance Trust (SSNIT) has the voluntary contribution scheme for those not under any employer-employee relationship and farmers can patronise this.

There are also other licensed trustees for personal pension schemes that farmers can sign up to as a type of pension plan where they personally contribute towards their retirement.

A personal pension scheme can be considered as a private investment plan to cater for one’s future.

The good thing is that the personal pension schemes allow contributors to determine where their pension money must be invested.