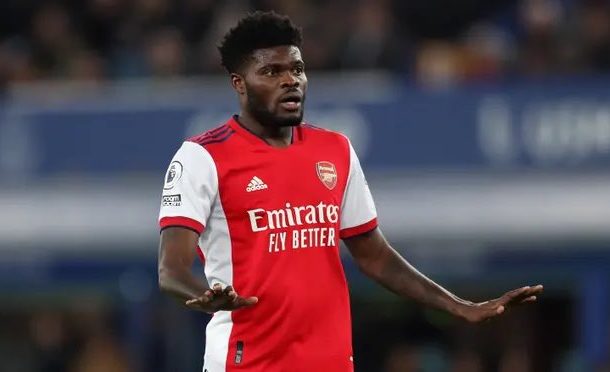 Ghanaian midfielder Thomas Partey was in his element on Friday night at the Selhurst Park in Arsenal's Premier League opener.

The deputy Black Stars captain was constantly booed by the Selhurst Park crowd with allegations of rape still lingering over him.

He did not put a foot wrong throughout the game as he screened the Arsenal back line by breaking play and starting attacks with his diagonal and long balls.

Arsenal won the game 2-0 after two goals on either side of each half with Gabriel Martinelli opening the scores from a corner kick after Zinchenko headed a cross into his path.

The Brazilian should have scored six minutes into the match after some fine work from new striker Gabriel Jesus but he curled the ball wide.

Palace had chances of their own as Odsonne Edourd headed straight at Ramsdale on the cusp of half time before Eberechi Eze missed a one on one chance with the goalkeeper.

Palace captain Marc Guehi headed into his own net after a cross from Bukayo Saka to make it 2-0.

Compatriots Jordan Ayew and Jeffrey Schlupp played for Crystal Palace as they lost their opening game.