Eric Bekoe reveals why he lasted just a season at Kotoko 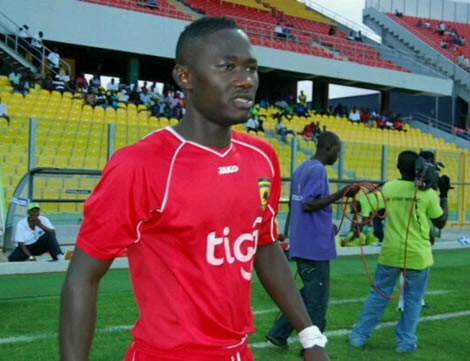 Eric Bekoe was a super talented striker during his prime with Kumasi Asante Kotoko in the 2007/2008 Ghana Premier League season.

He helped Kumasi Asante Kotoko to win the Ghana Premier League title by scoring some record number of goals.

But the lethal striker did not last more than a season in the Ghana Premier League during his prime and Bekoe attributes it to the long winding route he had to take in order to reach the top.

According to Eric Bekoe reaching Kotoko was not an easy journey as he had to pass through a lot before getting the chance to play for the Kumasi based club.

"It's because of the Genesis with which I came to Kotoko because If you look at the long winding route I passed before reaching Kotoko it was tiresome" he told Kumasi based Akoma Fm.

"When I reached Petrojet you could see I was very stressed If you see my picture when I was signing you would ask is he the same person who played for Kotoko" he added.

Eric Bekoe lasted a season at the club helping them to win a league and FA Cup double in 2007/2008 before embarking on a move to Egyptian side Petrojet.

The striker became a fan favourite for the club after emerging as the top scorer in the league that year.