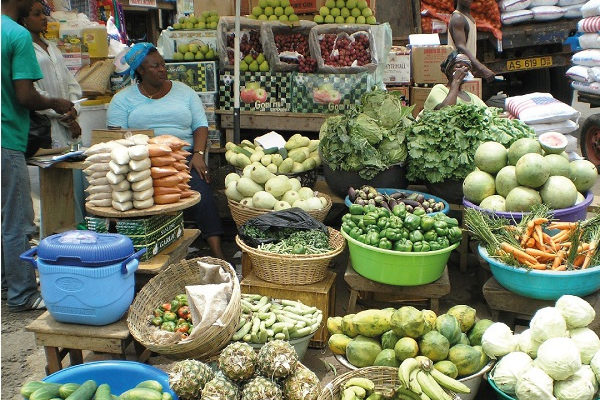 Prices of some major food items should see a drop in the third quarter, Esoko, agricultural research body had predicted.

The anticipated drop in prices of staples should be a welcome relief to consumers as prices have been rising lately due to factors including the recent hikes in petroleum prices and resultant increase in transport fares.

Comparing changes in the 2020 second quarter to that of 2019, cassava topped the chart from the June 2020 report from Esoko with about 83.5 percent gain.

Content manager for Esoko, Mr Francis Danso Adjei explained that crops planted before the raining seasons were being harvested and would be available to meet the demands of consumers.

“We expect price decreases from the 3rd quarter throughout the rest of the year, however getting to December we expect to see some slight upward movement in prices because of the festive season”, he disclosed.

Mr Adjei noted that, with current investments in agriculture, Ghana would not have issues with food shortages. However, the major problem in the agriculture value chain was the distribution of food items from one point to the other.

“We do not anticipate any serious food shortage problems, issues of redistributing to reach the consumer is the major difficulty”, he emphasized.

The content manager of Esoko called on government and all major stakeholders to look at ways of storing enough harvest or think of ways of processing the harvest so Ghana does not waste majority especially during the periods when the products were in abundance.

A recent visit by this reporter to some markets in the central business district revealed a basket of tomatoes selling at GH?100.00. Days after the lockdown, the same quantity of tomatoes is going for GH?70.00 while a sack of cassava which ow costs GH?60.00 was being sold at GH?100.00.

Mrs Comfort Odamitey, a trader at the Makola market noted that issues related to unstable prices of food commodities had been of great concern to market women.

The trader told this reporter, a piece of yam that was sold at GH?5.00 a few days after the lockdown now sells at GH?7.00 in the markets.

The trader pleaded with government to open the borders as internal price surges caused strain to businesses.

She said it would be satisfactory if prices were stable over a long period.

“It’s really difficult when we get to the market to buy the same quantity of products at a different price just within a week”, she lamented.

However, she noted that prices of canned commodities like the tin tomatoes, sardines, baked beans, mackerel and other items remained the same for a longer duration.

She called on government to reduce the prices of items and help them acquire soft loans to increase their markets and get more money.

“There is a major difference when it comes to the fruit business. We always operate in seasons. So once it’s the season for a particular fruit we go for it and sell”, said Efia Mensah, a fruit seller.

She noted that even though seasonal fruits brought a reduction in prices, consumption was low. Due to this she said, there had been an increase because traders purchased few in order to avoid storing up rotten products.

“The business is not profitable. Government must help all of us no matter our status. We all deserve equal loans to operate and function effectively” the trader mentioned.
thefinderonline