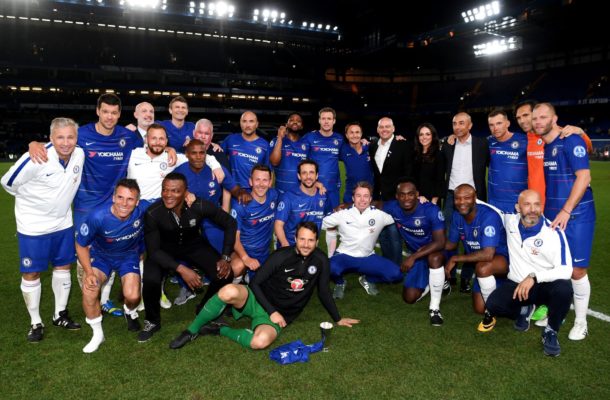 Ex Black Stars midfielder Michael Essien featured for Chelsea as Inter Milan defeated them by 4-1 in a Legends friendly at the Stamford Bridge on Friday.

The match was played in memory of Ray Wilkins, a club icon who captained Chelsea and worked as an assistant manager during two different spells at the club, died in early April after suffering a heart attack at his home.

There were a host of stars who featured for either side, including Zola, Hernan Crespo, Michael Ballack, Eidur Gudjohnsen and Gianluca Vialli who was Chelsea’s manager for the occasion.

Marco Materazzi, Esteban Cambiasso, Karagounis and David Suazo were some of the Stars who were on show for the Italian side.