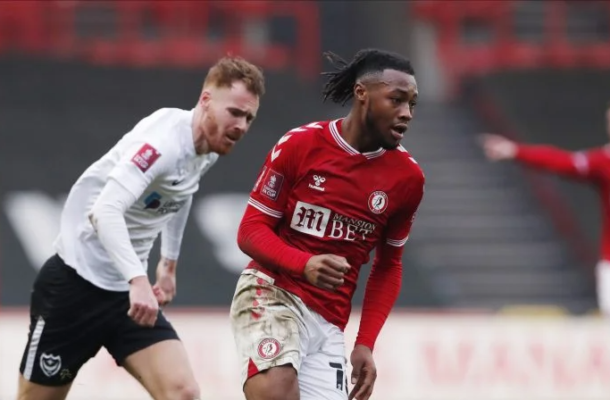 Bristol City and Black Stars new boy Antoine Semenyo is a man in demand as he is being chased by a raft of teams in Europe.

The forward has attracted a lot of interest from clubs across Europe as the summer transfer window is in full swing.

The Bristol City forward has been a delight to watch for his side in the English championship with clubs circling for his signature.

Bristol World reports that Bristol City would demand 15 million euros for the sale of Antoine Semenyo.

Antoine's agent Tony Finnigan has confirmed that Celtic had been in touch over his client.

"I had a conversation with Strachan who rang up to ask little bits of info on the player and a bit about how I found him and what he's like as a lad," Finnigan exclusively told Football Scotland.

They are not the only clubs as our sources  have also confirmed that clubs such as Red Bull Salzburg and newly promoted Nottingham Forest are all interested in his services.

This season has seen the English-born Ghanaian find the net eight times and provide 12 assists in 31 Championship appearances.