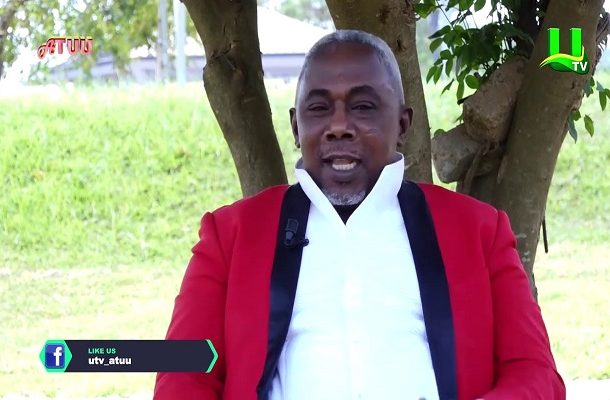 Popular Kumawood actor who doubles as a man of God, Apostle John Prah, says controversial evangelist, Emmanuel Addai, is suffering from a mental ailment, the reason he tagged him (Aps John Prah) as Illuminati.

Two years ago, Evangelist Addai in one of his videos claimed the man of God sacrificed his late mother to the Illuminati society in exchange for power and fame.

Responding to this allegation on the Atuu Show, hosted by Abeiku Santana, the man of God said he has been told the evangelist is mentally unstable, hence a reason he keeps tagging people Illuminati.

"You just don't come out and say, my mother who had been sick for some time, the money I spent on her health before God called her. It is a sad event for me because I love my mother very much.

It really hurt me but I realized he's a sickler so I ignored him. People around me told me, he has a mental problem, he has a high fever so I pitied him. He has not come to me for prayers. Prayers work for all things. When you are lying, do it in a professional way," he told the host, monitored by GhanaWeb.

When asked if he has prayed for a 'sick' Evangelist Addai, he responded: "No, he has not come to me for prayers."

It is reported that the late mother of Apostle John Prah died at age 83 after battling cancer for 10 years.