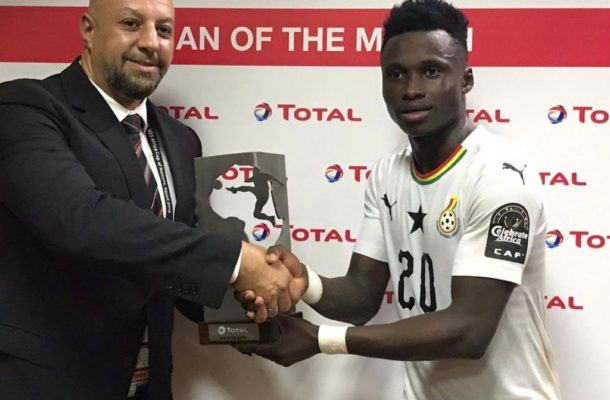 Black Meteors wing-wizard Evans Mensah was named the most valuable player in Ghana 1-1 stalemate with West African rivals Cameroon in their opening group A fixture of the ongoing Total U23 African Cup of Nations in Egypt on Friday. 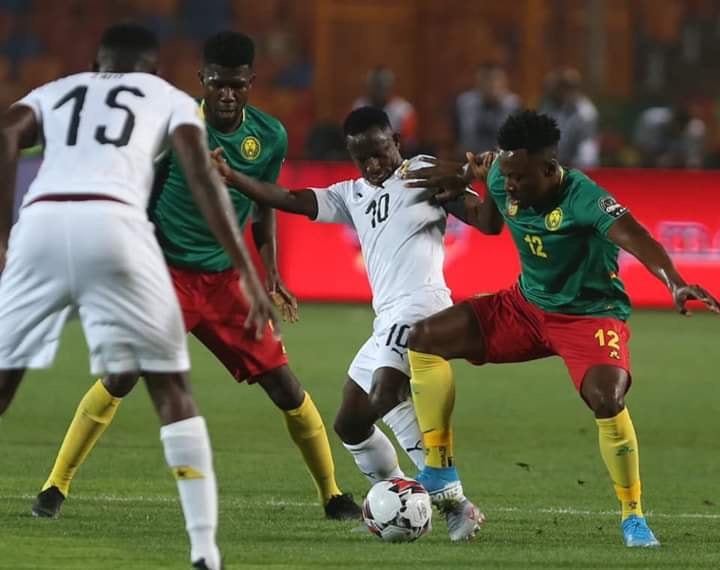 The HJK forward was in terrific form all night helping Ghana to rally from a goal down to snatch a point late on at the Cairo international stadium.

Franck Junior Evina put Cameroon ahead early in the second half with a superb free kick after Defender Habib Mohammed has brought an attacker who was making a surging run into the Black Meteors goal area.

However, the Kotoko rare guard became the hero of the day, heading home the equalizer in the 87th minute.

On a night of mostly bellow par performances, Evans Mensah was a rare shining star through out the game and his display of brilliance earned him the most Valuable player award after the game.