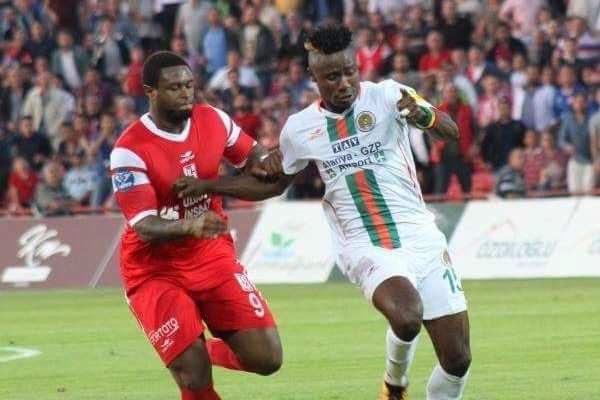 Ghanaian defender Nuru Sulley is set to kick start the Turkish League season for Alanyaspor in a titanic clash against giants Basiktas on Saturday at the Vodafone Arena in Istanbul.

Alanyaspor will be playing as visitors to the giants in the league opener at 18:45 GMT.

Sulley, 24, has been very instrumental for Alanyaspor since joining them in last year in the Turkish Ligue 1.

The former Local Black Stars and Hearts of Oak defender guided the Alanya side to gain qualification into the Turkish top flight.

Nuru’s tremendous performance for the newly promoted side has made him the most trusted defender for the side.

He is expected to translate his good form during the Ligue 1 season and the play-offs to steer the side in the clash with Basiktas.