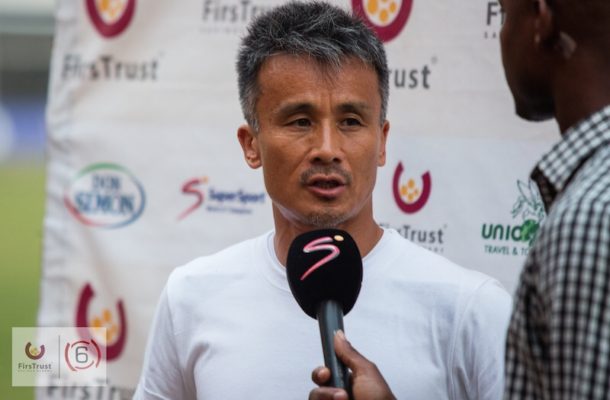 Former head coach of Accra hearts of Oak,Kenichi Yatsuhashi has congratulated Wa All stars for making history and winning the league tittle in Ghana.

The Japanese-American mutually parted ways with the Phobians before the beginning of the second round of Ghana premier league.

Wa, the home of  2015-16 Ghana Premier League champs. The improbable run to the title concluded on Wednesday after defeating joint leader Aduana stars 2-1 at the Malik Jabir sports stadium.It's the club's first top flight title in its history.

King Keni as he is popularly known, jumped on his Facebook page to congratulates the Northern blues for wining the GhPL tittle. 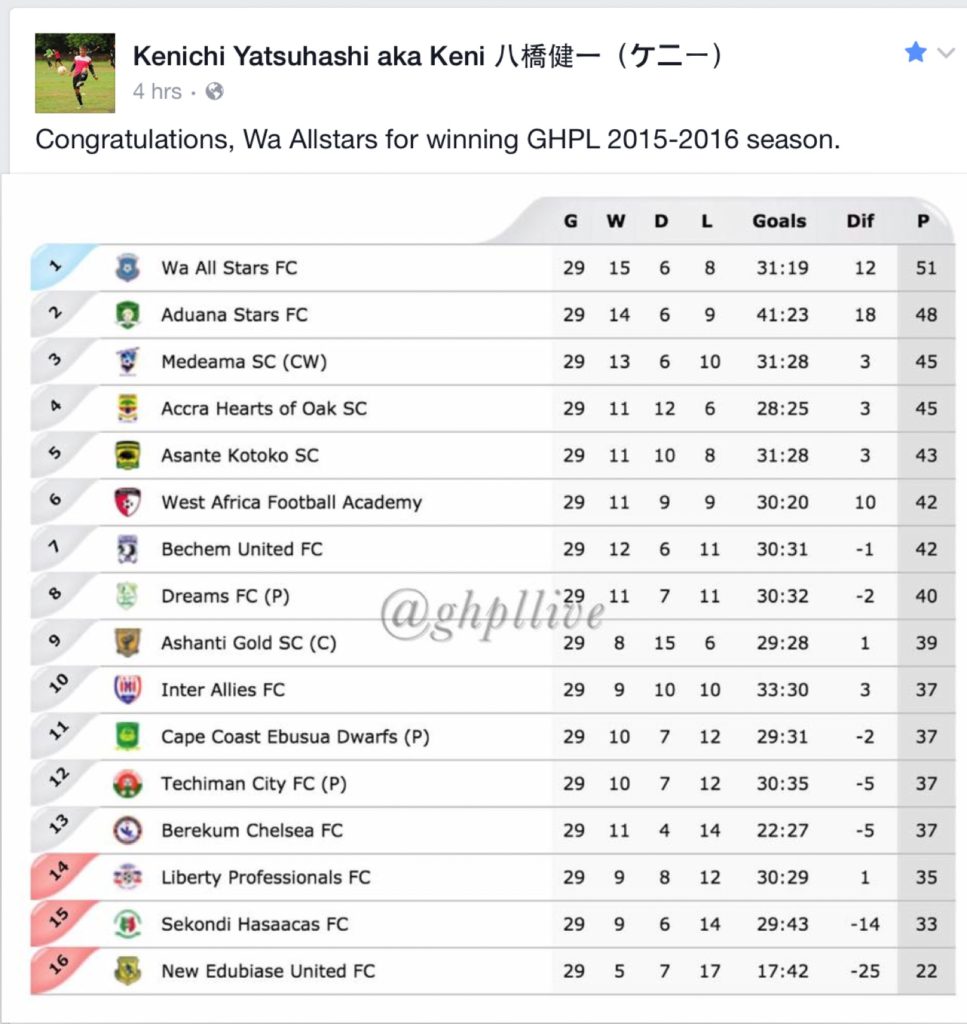