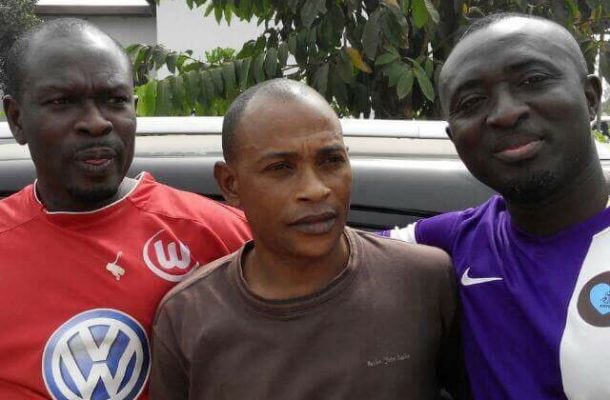 The former Kumasi Asante Kotoko,Eleven wise and Corners stone player called on supporters of Okwahu united to support their team to make history in the final of the MTN FA cup.

"I believe if they are able to win the cup the name of Okwahu will reign again".

"They played all their matches at the Nkawkaw park but were able to defeat liberty Professionals at the Baba Yara sports stadium and can beat Bechem on neutral grounds".

Bello continues to express his opinion on the new era of the "Asaase Aban" boys.

"There is a difference between the new Okwahu united and our time but I will be happy if Okwahu win the cup".

"If the team sign quality materials they will be able to qualify back to the Ghana premier league (GhPL).

Alhaji Bello was part of the Okwahu team that won the winners cup against Hearts of Oak and defeated Asante Kotoko in the Champions of champions cup.