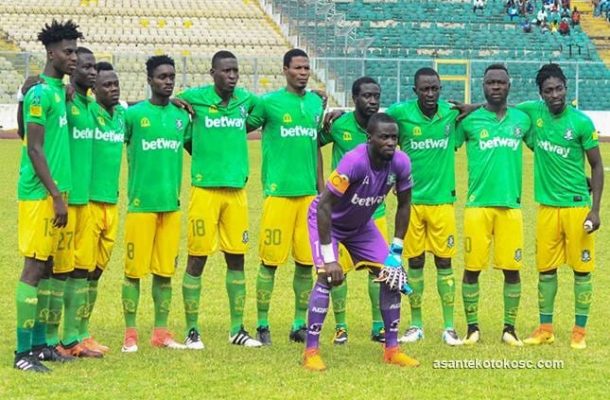 Information gathered by Ghanagiardian indicates that some senior players of Ghanaian top-flight side Aduana Stars have boycotted preseason training due to unpaid wages.

According to our insider source from the Dormaa based club, salaries of players spanning a period of nine(9) months haven't been paid.

The source say, some senior players in the squad of the 2010 league champions held a meeting on Tuesday and decided to boycott training until their monies have been paid in full.

The outcome of the meeting has been communicated to the other members of the squad.

Ghanaguardian also understands that players such as SamAdams, Samuel Bio, Abdul Rahman Fatawu and Noah Martey have all seen out their current contracts are yet to be given new deals.

Meanwhile, most the new players who featured for Aduana Stars in the just ended Normalization committee special Competition played without contracts are also looking to get their deals ahead of the new campaign.