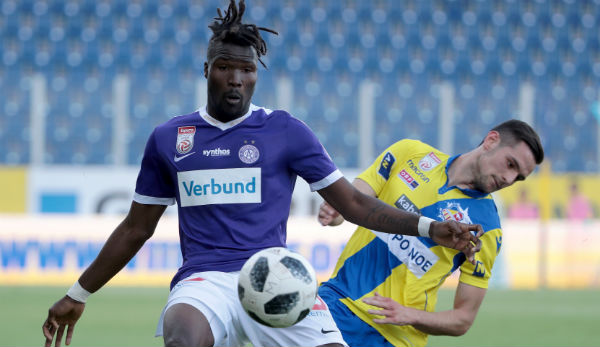 The 22 year old was set to join the Sky Blues on a season-long loan from Austrian Bundesliga club FK Austria Wien.

But the transfer broke down at the 11th-hour after both parties failed to reach an agreement.

"Baniyas is reconsidering Kadiri Mohammed's commitment, and the negotiations for the player's one-year loan have been going on for some time, but the two parties have not reached a final agreement on the matter”

Mohammed made 32 appearances for FK Austria Wien since joining them from Ghanian club Ashanti Gold Sporting Club in 2016.

He made his youth debut with Ashanti Gold Sporting Club before making his senior debut in the 2015-2016 season.