Exclusive: Wakaso among three most used players at Deportivo Alaves 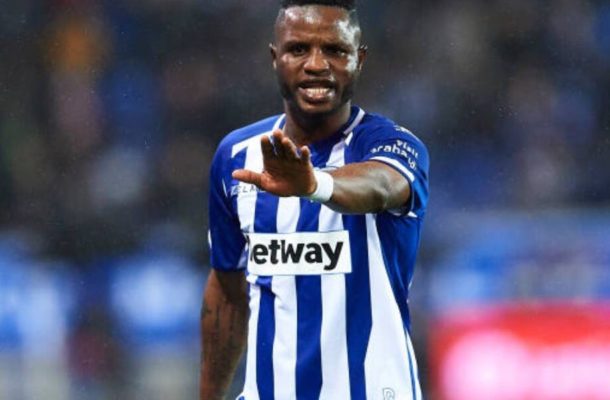 Ghanaian international Mubarak Wakaso is one of the three most used players by Deportivo Alaves coach Asier Garitano.

The 29-year old midfielder has been involved in 13 of the 15 matches played so far this season in the Spanish Laliga, making him the third highest appearance maker for his side in terms of games.

Defenders Rubén Duarte and defender Aleix Vidal are the other two players  along with Wakaso in the list of most used Alaves players.

In addition, Aleix Vidal is the only one who has taken part in all LaLiga duels and leads the albiazul classification of assists with three.

He followed  by Rubén Duarte and Joselu with 14 clashes played.

With his penalty goal, Lucas Pérez already has 8 goals and together with Joselu, with 6, he forms a forward that initiates 14 of the team's 17 goals.