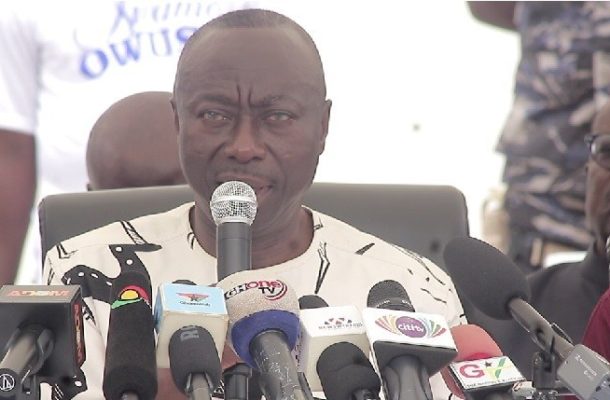 President Nana Addo Dankwa Akufo-Addo has reappointed a former Director General of the Ghana Maritime Authority (GMA), Kwame Owusu after he was sacked over corruption allegation.

Mr Owusu who was accused of conflict of interest and corruption while at GMA has been appointed as the Board Chairman of the Ghana Revenue Authority (GRA).

His appointment letter dated June 18 was signed by the Secretary to the President, Nana Bediatuo Asante.

“I take this opportunity to congratulate you formally on your appointment,” it said.

The correspondence asked Mr Owusu to confirm his acceptance of the new appointment within 14 days.

Mr Owusu was last year accused of approving payments to LUXE Hotels [owned by him] for services rendered to the Authority, which many have cited him for conflict of interest.

Mr. Owusu was apparently the Group Chairman of LUXE Hotels.

As D-G of GMA, Mr Owusu, among others, was alleged to have used – per a memo of the Authority signed by Rhoda Atiah – GHS66,835.00 to construct a high-quality hardwood standard kitchen cabinet complete with drawers, Corian worktop and wall hanging unit and all the necessary accessories.Mr Owusu was also investigated by the Ministry of Transport for spending GHS135,000 on an end-of-year dinner party in 2017, and also GHS10,000 on lunch for eight people at a meeting – services provided by his own Luxe Suites Hotel.When musician-turned-politician, A Plus, blew the whistle and accused him of conflict of interest, Mr Owusu parried the allegations at a press conference in which he described the accusations as “below the belt”.He told journalists in November last year that the media had been mischievous and unprofessional in reporting the matter.