Fabio Gama arrives in Ghana to begin pre-season with Kotoko 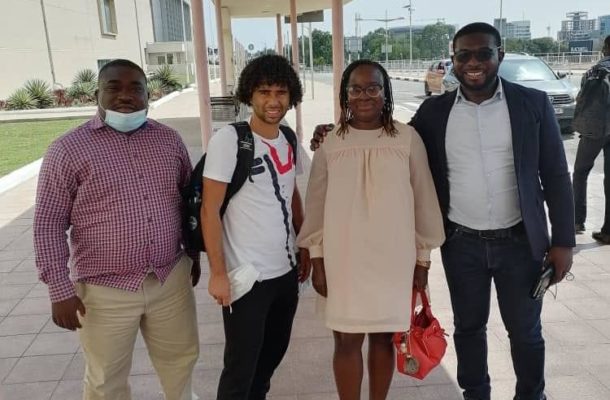 Kumasi Asante Kotoko talisman Fabio Gama has arrived in the country to begin pre-season training with the rest of his teammates.

He was met on arrival at the airport by the club's CEO, Nana Yaw Amponsah and some other Kotoko officials .

The club started their pre-season training on Monday as new coach Dr. Prosper Nartey Ogum and the rest of his assistant coaches met the players for the first time at their Adako Jachie training base.

Kotoko had a disastrous season in the 2020/2021 season as they ended the season empty handed losing out on the league title and the MTN FA Cup.

Gama was however very instrumental for Asante Kotoko during his first season with the club as he contributed cumulatively to 12 goals with 5 goals scored and seven assists.

He joined Kotoko at the beginning of last season and quickly became a fan's favourite as he put an impressive performance.