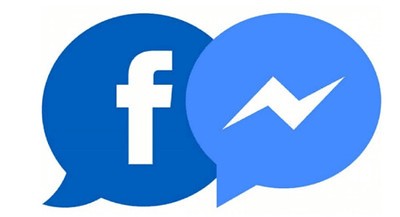 Just this week, Facebook's control of Just recently, Facebook Messenger got stricter as the social networking company announced it is requiring new subscribers who sign up for the Messenger app to link it to their Facebook account, effectively obliging them to reveal their identity and have their communications associated with their profile on the social networking site.

In an article posted on CNET recently, it was stated that "Facebook made the move which was reported earlier by VentureBeat," because most of the subscribers of Facebook Messenger are already logging in via Facebook. It only wants to simplify the procedure. This was according to a spokeswoman of Facebook, adding that Existing Messenger accounts that are not yet linked to the Facebook profile will no longer need to make any changes for now.

Before the Change Took Place

Back in 2015, Facebook started allowing people to sign up for its Messaging service using only just their phone number instead of their Facebook profile. The change only occurs as the social networking giant gets ready to more closely "tie messenger with its photo-sharing site, Instagram," and its text message replacement service, WhatsApp. As the company makes changes, it said communications between its three services, "will be encrypted end-to-end." Meaning, just the sender and his receiver should be able to read both the incoming and outgoing messages.

Incidentally, Facebook is not more strictly linking its three massive social networks. It also stated it is planning to make communications on all of its services mostly more private switching to person-to-person communications and private group chats rather than the "news feed" or public broadcast type, Facebook has been famous for. In relation to this, Mark Zuckerberg, Facebook CEO and co-founder, said earlier on that this is the company's next chapter for its services.

The said change might expect the upcoming unification of the messaging properties of Facebook, including Instagram and WhatsApp, and Messenger, too. A New York Times report in January said that the technical infrastructure which underlies the three services, as earlier mentioned, will be incorporated, possibly, redefining how more than 3 billion people all over the world communicate. Zuckerberg said, people need to use any of its apps to reach their friends, and they should be able to touch base across networks simply and securely.

Zuckerberg added they have already seen that private messaging, is by far, "is the fastest-growing area of online communication." He added, he thinks about the Internet's future, he believes that privacy-concentrated communications platforms will turn to be even more important than the open platforms today.