Facebook wants to slide ads into your DMs, according to newly published patent 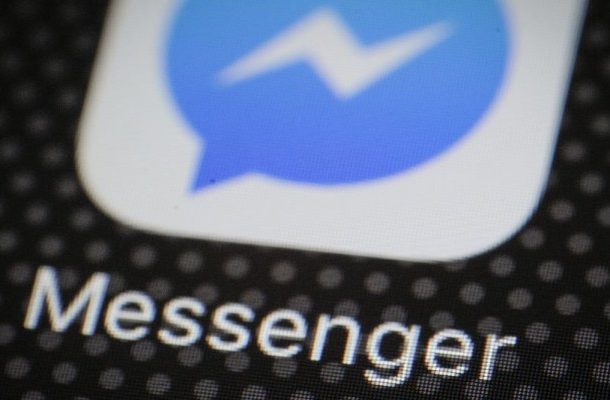 If you've ever felt like Facebook was literally listening to your conversations, you're really not going to like its newest idea.A patent published Thursday details how Facebook could place targeted advertising inside of private conversations in Messenger.

The company has allowed businesses to run ads in its messaging app for some time, but has stopped short of placing ads inside of users' private conversations.The patent application, however, suggests the company may be thinking about significantly escalating the amount of advertising in its chat application.The application, which was filed in April as a continuation of a 2015 filing but just made public, describes ways in which businesses could use location data and the content of conversations to surface targeted ads directly in users' chats via a "plug-in." The patent application was granted in May.The ads would come via a "plug-in," which would allow people to use other services inside of Messenger, such as games or ride-hailing services (both of which are features Facebook Messenger has previously introduced.)But, according to the filing, these so-called plug-ins would also allow the app to surface targeted advertisements based on the text of your conversation or even your location data.

Facebook Messenger already incorporates many third-party services in its app, but has not allowed them to surface ads in private conversations.In one illustration described in the filing, a person messaging a friend about a trip to the Grand Canyon could trigger an ad for Grand Canyon postcards.

In addition to keywords, these ads could also rely on location data from either individual's phones, according to the description (emphasis added):("Bob") is currently at the Grand Canyon in Arizona and is communicating with the first user 305 (his friend Alice), who is in San Jose, Calif.

The tailoring data could also include geolocation data (e.g., GPS coordinates) of Alice's client device, or of Bob's client device (as provided by Bob's client deviceFacebook, like other tech companies, frequently patents new ideas, not all of which make their way into the company's products.“We often seek patents for technology we never implement, and patent applications - like this one that was filed over four years ago - should not be taken as an indication of future plans," a Facebook spokesperson said in a statement. They later added: "We don’t have any plans to place ads in conversations between people.”But the fling, which bears the name of Facebook's engineering director for Messenger, indicates one way the company could ramp up its advertising efforts as it attempts to refocus its service around private messaging. CEO Mark Zuckerberg said earlier this year he plans to re-orient the company's services around private messaging and encryption.If Facebook were to place ads in private conversations, however, it would likely trigger massive privacy concerns.

Many users already believe that Facebook's apps literally listen to their real-life conversations to serve them ads.

That idea has been repeatedly debunked, but inserting ads into private chats would still likely further fuel distrust of the company, which just agreed to pay a $5 billion fine to the FTC for privacy violations and drive up a new wave of anger among users.Source: Mashable