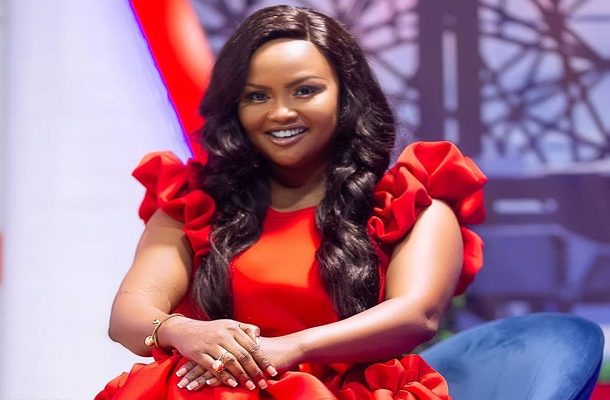 Leading Ghanaian media personality and Managing Director of the Despite Media Group, Fadda Dickson Narh, has announced the return of Nana Ama Ama McBrown as the host of United Showbiz after several months of leaving the show due to medical reasons.

In an Instagram post to make the big announcement, Fadda Dickson shared a promotional video which showcases McBrown's return to the show this Saturday, July 2, 2022.

Regular pundit, Kwame Asare Obeng, known widely as A Plus, also posted a flyer of this weekend's program on his Facebook page, saying "the queen is back". 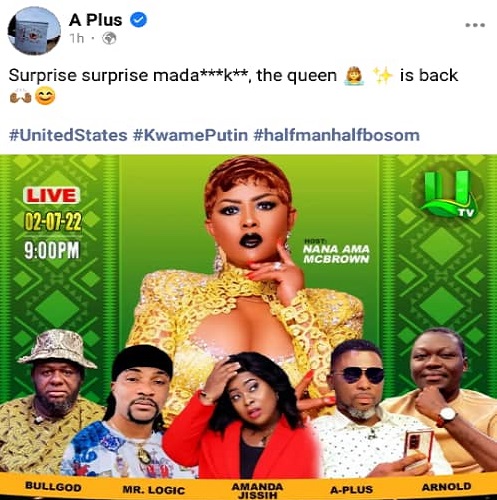 Known to be the frontliner of the show, actress Nana Ama McBrown left the UTV hosting job for several months. Her exit from the show made headlines in the country and generated debates in the entertainment space where she basically operates.

While some gossiped that she had been fired by the management of Despite Media, others claimed she was pregnant and that she had given birth to twins hence her inability to appear on the program as the host.

The casual conversations went on for months until McBrown herself came out to publicly disperse the rumours.

In a video posted to her YouTube page, she said that she had to speak up and debunk the news because some people had taken it too far.

“I have read all the fake news about me being pregnant again, me giving birth, or me giving birth to twins (that would have been so lovely), but I have not given birth. My only child, my blessed baby that I am always grateful to God for, is baby Maxin,” she said.

McBrown's long absence on United Showbiz saw the likes of Fela Makafui, Afia Schwarzenegger, Jackie Appiah, BullGod, Kwame A Plus, Mr. Logic, Kwabena Kwabena and many other celebrities appearing on the show to serve as hosts.