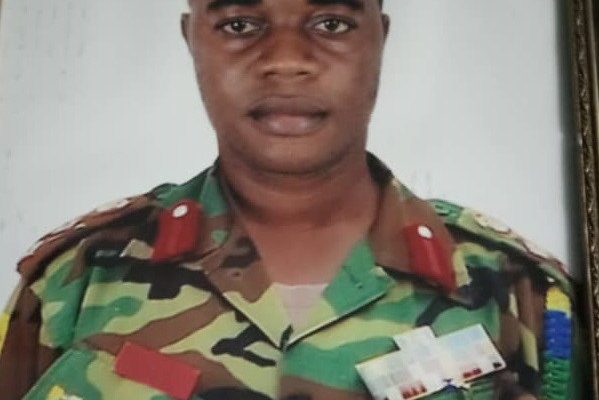 A 24-year-old man who posed as a military officer to defraud a woman under the pretext of assisting her to enlist into the Ghana Armed Forces is being held by the Police at Koforidua in the Eastern Region.

Jephet Binney, an electrician at Nungua in Accra, was said to have collected GHC9,000 from the woman, 34-year-old manageress at Linda Dor, Emelia Amoah, on August 10, 2018 to facilitate her enlistment into the Ghana Army.

The Police say the suspect again collected GHC 16,000 from the woman on September 4, 2018 claiming he was going on a peacekeeping mission in Lebanon and that he would use the money to buy goods for sale.

According to the Police, the suspect promised to pay back the woman her money on his return, but failed to fulfill the promise. Efforts by the woman to retrieve her money have all proved futile.

On Wednesday at about 9:30pm, the woman, with the assistance of four military men from the Oguaa base in Koforidua, arrested the suspect and handed him to the Police for investigations.

They found on the suspect, three framed photo of him dressed in full military attire.

The Police say they are investigating him for the offences of falsely pretending to be a public officer and defrauding by false pretence.