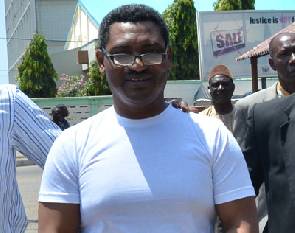 But Dr. Fiifi Brakatu has started collecting signatures to attach to a petition to be presented to the presented to President Mahama for clemency.

In the petition, he stated,” Dr. Ali Gabass, human as he is, has made mistakes in his life, one of which has landed in him in jail. We believe his punishment thus far, has served the purpose of not only correcting him, but will also deter others from committing a similar offense. Dr. Ali Gabass is certainly not above the laws of our dear nation and deserves to be treated like any other citizen.

His actions deserve total condemnation by any well-meaning citizen. However, we believe that his past contribution to society, particularly by serving diligently as a medical doctor who performed countless bloodless surgeries at the Effia Nkwanta Regional Hospital, Sekondi, significantly helped in reducing the maternal mortality ratio within the western region of Ghana.

This will certainly inure to the benefit of society. We therefore implore the President, H.E. John Dramani Mahama, to activate article 72 of the 1992 constitution of Ghana and grant Dr. Sulley Ali Gabass a presidential pardon or a remittance of the 25-year sentence imposed on him, on account of his offense. We do pray on the President to grant this petition some consideration for the sake of the remorseful doctor and for the benefit of the good people of Ghana”