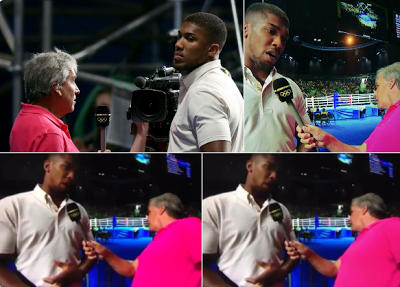 Inverdale, 58, was talking to Joshua following the culmination of the women's boxing semi-final involving Great Britain's Nicola Adams. The presenter was discussing Adams' chances of retaining her Olympic title when her opponent in the final, France's Sarah Ourahmoune, walked past the camera.

As Joshua previewed Adams' Olympic final, Inverdale appeared to ignore Joshua, who won Gold medal at London 2012, thinking about catching up with French fighter Sarah Ourahmoune for an impromptu interview.

Viewers were quick to spot Inverdale's distracted demeanour, accusing the presenter of showing Joshua a lack of respect.

See the tweets and the video of the interview below... 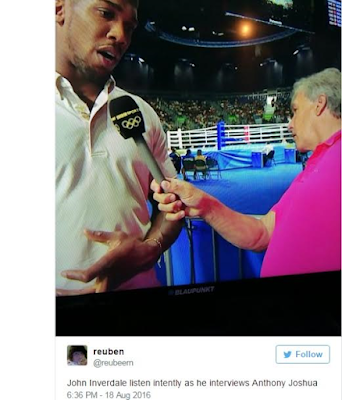 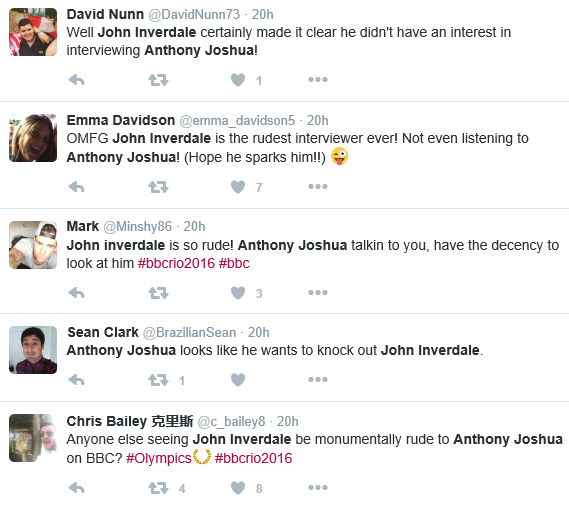