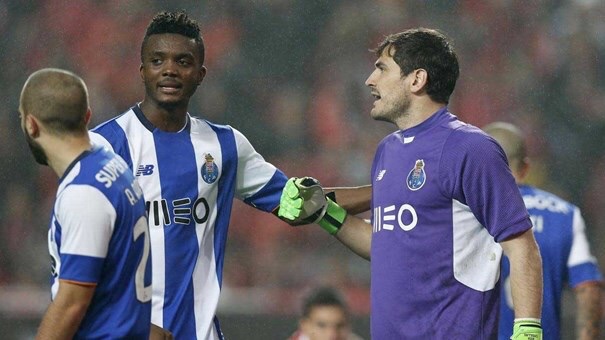 Despite failing to play in any of FC Porto first team games so far, Owngoalnigeria.com can reveal that Super Eagles invitee Chidozie Awaziem is still a part of manager Nuno Espirito Santo first team plans.

Awaziem has been restricted to playing games for the B team who are in the second division in Portugal where he has made five appearances so far. But the 19 year old got sent off in the 34th minute in their last league game against Freamunde, a game they ended up losing 1-3.

His sending off was narrowed down to the frustrations of being asked to drop a level down to the B team after impressing for the main team last season. Where he made 10 appearances and scored once in the Cup game against Benfica.

However the man who has been a stalwart for the B team in the past, even when they won the league last season held talks with the upper ends of the club last week and he was assured he is part of the long term plans of the club.

His presently contract has five years to run with a buy out clause of over £20m inserted in it to ward off potential suitors from luring the highly rated teen defender.