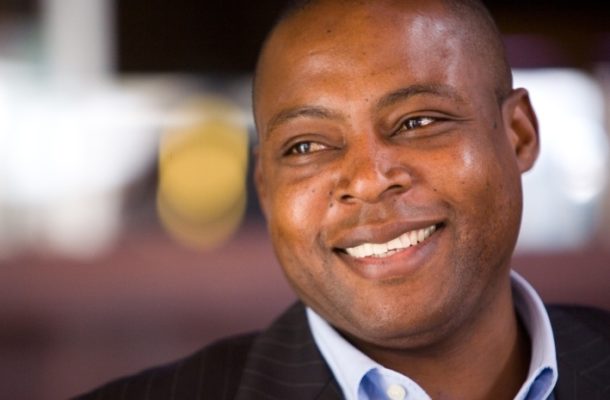 A BLOODBATH looms in African football corridors of power with some of the continental game’s heavyweights likely to be banned by FIFA as part of a brutal and widespread crackdown on the corruption orchestrated by banished former Qatari strongman Mohamed Bin Hammam.

At least 25 former and current African football leaders find themselves in the eye of a storm, and in the firing line, after FIFA flexed its muscles and slapped former African Footballer of the Year, Kalusha Bwalya, with a two-year ban from the game and a US$100 000 fine.

Bwalya is an African football legend who rose to fame as a Zambian football superstar, playing in Belgium, the Netherlands and Mexico in an illustrious career, before returning home to take over as the Football Association of Zambia president.

He coached his national football team and is a regular football pundit on SuperSport.

Bwalya, who insists he is innocent, was sanctioned for receiving US$80 000 from Bin Hammam, a former FIFA vice-president and leader of the Confederation of Asian Football, who splashed a lot of cash on a number of football leaders which FIFA claim was part of a web of corruption in the game.

About 25 African football leaders were said to have corruptly benefited from a $5 million slash fund which was being run by Bin Hammam.

Bin Hammam was found by a FIFA Ethics Committee investigation, chaired by Michael Garcia, guilty of “repeated violations” of the ethics code on conflicts of interest, during his time as the AFC president and also while on the FIFA Executive Committee between 2008 and 2011.

Some of the allegations include that:

Twenty five representatives of African football associations, the majority of them the presidents of the game’s controlling bodies, were invited by Bin Hammam to an all-expenses-paid-for junket in Kuala Lumpur during that period between 2009 and 2011.

Prior to that trip, US$200 000 was withdrawn from the Asian Football Confederation accounts, where Bin Hammam was the president, to take care of the guests.

A second junket organised was four months later with guests being encouraged to bring their families and were each given US$5 000 spending money.

The Sunday Times of the United Kingdom first broke the story after they received a series of leaked emails suggesting the Qatari strongman paid around US$5 million to raise the Arab country’s chances of hosting the 2022 World Cup.

“[Bin Hammam] used 10 slush funds controlled by his private company and cash handouts to make dozens of payments of up to US$200,000 into accounts controlled by the presidents of 30 African football associations who held sway over how the continent’s four executive (Exco) members would vote,” the Sunday Times said.

The Qatar 2022 Bid Committee have always denied using Bin Hammam as their front to boost their chances of winning the rights to host the 2022 World Cup.

Bwalya has also said he will fight to prove his innocence that he was not involved in any corrupt practice but had taken a loan from Bin Hammam which he hoped to pay later.

“I am surprised and saddened by (the) receipt of the notification from the FIFA Ethics Committee adjudication,’’ Bwalya said on Twitter last week.

“I have instructed my legal team to immediately appeal this decision urgently and would like to state that I am NOT guilty of any offence, which allegedly took place.

“I have never done and will never do anything to bring the beautiful game into disrepute and stand by the facts provided by me to the Committee.

“I unfortunately cannot provide any further details as my legal team has advised that this would jeopardise my chances of obtaining leave to appeal.

“FIFA’s decision is not final and I will fight tooth and nail for justice to clear my name. I thank all my fans for their on-going support.’’

The payment was triggered by an email which Bwalya wrote to Bin Hammam.

“As per our conversation, please Mr President if you could assist me with about 50 thousand dollars for my football association and personal expenditures,’’ he wrote

“I hope to repay you in the near future, as the burden is little bit too hard for me at this moment.’’

The 54-year-old Zambian also turned to Twitter to ‘’thank everyone for your messages, today is another day. Let’s move on. God bless.’’

The former CAF executive committee member also appeared to be receiving support from his followers on Twitter.

‘’I will always respect you king, no man or judgment will ever take away the honour that you have brought to our nation,’’’ Bunda Chanda wrote in his reply.

‘’Growing up, watching you (you) play was one of my greatest moments. Long live.’’

‘’My brother, just put everything in the hands of God. I know that the world is watching and truly a son of Africa. You are a clean person and people love you, especially Zambia and Africa,’’ he said.