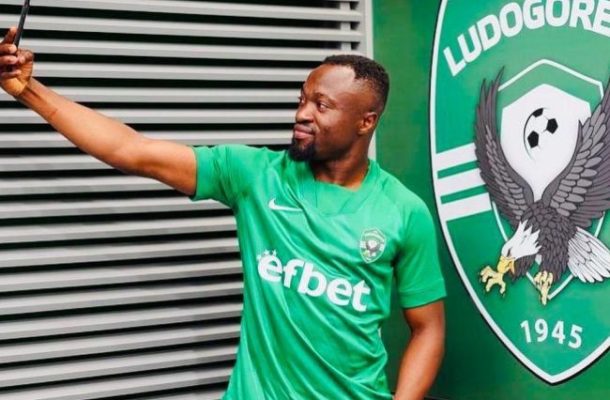 Ghanaian winger Bernard Tekpetey is attracting interest from Dutch side Feyenoord this summer.

The Dutch side have reportedly held talks with the Bulgarian club of the Ghanaian winger Ludogorets Razgrad over a move.

Feyenoord Rotterdam have identified the Ghanaian speedster as replacement for Columbian winger Luis Sinistera who is bound for Olympic Marseille.

Tekpetey was influential for his  side as he scored 10 goals and provided 12 assists in all competition for his outfit.

The former Schalke 04 winger has been a different player after struggling at Schalke 04 and also on loan a Fortuna Dusseldorf.

He joined his Bulgarian side two season ago, initially on loan but his temporal deal has been made permanent and he has been a player reborn in Eastern Europe.

Ludogorets are not averse to the departure of Bernard Tekpetey for four million euros should Feyenoord meet his price.

They would have ideally wanted him to play for them in the Champions League qualifies as they eye a group stage entry.