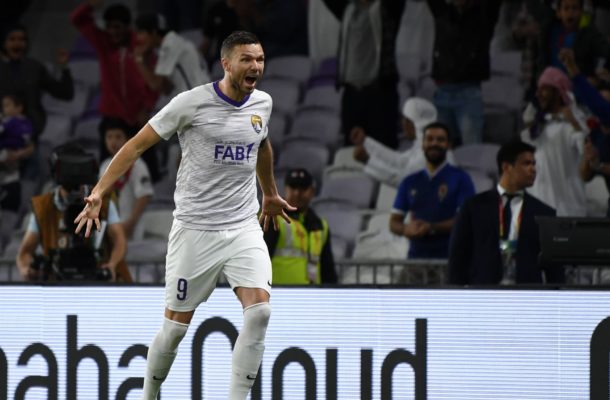 Berg: We need to deliver a great final for our club

UAE’s Al Ain are preparing for probably the most important game in their history: the FIFA Club World Cup final against Real Madrid, winners of the UEFA Champions League for the past three seasons.

The fact that the Emirati club have already eliminated three continental champions – Oceania’s Team Wellington, Africa’s Esperance and South America’s River Plate – only adds to the splendour of the upcoming encounter.

Although a viral infection meant he did not start either of Al Ain’s first two games, Swedish frontman Marcus Berg has played a key role in getting his side to the final. It was he who scored the vital equaliser in the dying minutes against Team Wellington when his side were on the brink of elimination, and it was he who put them ahead against River Plate in a match they would ultimately win on penalties.


FIFA.com caught up with the Swedish star in the city of Al Ain and began by asking him how the experience had been thus far.

"The team deserve to be in the final," he insisted. "Once again we proved the club’s worth to everyone. We’re proud of what we’ve achieved so far as our performances have been really impressive. We’re in the final on merit."

The club’s achievement is even more impressive when you consider that almost no one tipped them to get this far. "This was our dream from the very beginning, from the moment we’d won the UAE league title. But our opponents were all continental champions so, on paper at least, we weren’t expected to get this far in this competition. However, we’ve shown everyone what we can do on the pitch.”

A very tough assignment Those three victories are now firmly in the past as the hosts focus exclusively on Saturday’s final. The task now is to work out how to stop one of the best teams in the world, Real Madrid, who were comfortable 3-1 winners over Japan’s Kashima Antlers in their semi-final.

"We know the final is going to be extremely difficult, but we still aim to win the title. The difficulty lies in the physical aspect, as we’ve played three games in a short time span, and that might affect us. I’m sure it will be a difficult match, but we need to recover, be positive, and summon all our powers in the final."

He added: "Real Madrid are a powerful side full of household names and are certainly favourites. But anything is possible in football. Last year Al Jazira played well against them here. If we perform well, we might have a chance. As for our plan, the coach certainly has an idea about the tactics we’ll employ against the European champions."

2018 has been no ordinary year for Berg, who helped Sweden reach the last eight of Russia 2018 and is now enjoying another World Cup in UAE. "This has been a great year in terms of my career," he said. "After the national team’s success in Russia, I’m now enjoying this great experience with Al Ain. It’s a year I’ll always remember, but it’s not over yet. We need to continue and deliver a great final for our club."

Addressing Al Ain fans before signing off, the striker said: "We always need our fans. We’re proud of their support so far. They showed us what they can do in the stands. Now we go to Abu Dhabi for the final, where they’ll create a wonderful atmosphere. I’m very pleased with what we’ve given them so far."