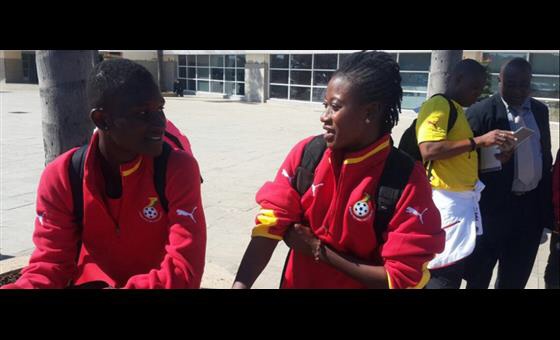 Ghana, like Nigeria, have qualified for every FIFA U-17 Women’s World Cup to date.

Their initial progress at the showpiece itself was slow and unspectacular though, with the Black Maidens enduring group-stage exits in each of their first two appearances in 2008 and 2010.

Azerbaijan 2012 represented the team's big breakthrough, with Ghana becoming the first African team to reach the semi-finals, losing out to eventual winners France before claiming third place with a 1-0 win over Germany. The Black Maidens also made it to the knockout rounds two years ago in Costa Rica, having topped a formidable group that also featured the Germans, Canada and Korea DPR. They suffered a heart-breaking exit in the quarter-finals, though, going out on penalties to Italy after a thrilling 2-2 draw.

The present
The Ghanaians’ progress to Jordan 2016 could hardly have been more straightforward. Due to the withdrawal of first-round opponents Sierra Leone, they were given a bye into the second and final round of African qualifying. A two-legged tie with Morocco awaited them there, and Ghana made light work of this challenge, claiming a 10-0 aggregate win in which no fewer than six different players were on target.

The future
With a formidable side led by their impressive captain, Sandra Owusu Ansah, Ghana should once again be a force to be reckoned with at this year’s FIFA U-17 Women’s World Cup. And while their last two campaigns have been successful and historic, coach Evans Adotey - himself a veteran of this competition, having taken charge of the Ghanaian side in 2014 - has made it clear that surpassing these previous achievements will be their goal. “In 2012, we got bronze and in the last edition we unfortunately exited at the quarter-finals,” he said. “This time around, the target is to go beyond [winning] the bronze medal.”