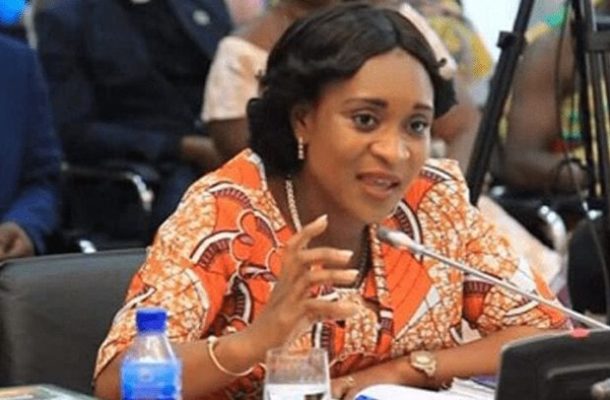 The Ministry of Finance has given clearance for the recruitment of some 11,226 Degree and Diploma Nurses into the country’s healthcare system.

A clearance letter signed by the Deputy Finance Minister, Abena Osei-Asare said, “The Hon. Minister for Health is hereby granted financial clearance to enable the Ministry recruit eleven thousand, two hundred and twenty-six (11,226) Degree and Diploma Nurses who have completed their one-year mandatory rotation and are due for permanent employment.”

It further noted that the emoluments of the Degree and Diploma Nurses should be charged against the Compensation of Employees vote of the Ministry of Health in the 2021 Annual Estimates.

“The Ministry of Health is to ensure that the Degree and Diploma Nurses have the documents processed in time and placed on the Mechanized Payroll early enough to enable: Controller and Accountant-General’s Department effect payment of their salaries,” the letter said.

According to the letter, the effective date of the appointed Degree and Diploma Nurses should not be earlier than 1st December 2021.

“By a copy of this letter, the Controller and Accountant-General is requested to effect payment of their salaries and make appropriate deductions of Social Security and Income to SSNIT and the Domestic Tax Division of Ghana Revenue Authority (GRA) respectively.

Please note that the financial clearance expires at the end of 31st December 2022 and cannot be used thereafter,” it indicated.

Meanwhile the Minister of Health, Kwaku Agyeman-Manu has indicated that a total of 120,367 health professionals have been recruited so far by the government.

In a social media post, the sector minister said, “As at July 2020, the government had recruited ninety thousand, six hundred and ninety-six (90,696) healthcare workers.”

“Government has again given clearance for the recruitment of 11, 226 Degree and Diploma nurses. When you add that to the 109,141 already recruited, the government would have recruited 120,367 health professionals.

This figure excludes the recruitment done by the Ambulance service,” he stated.