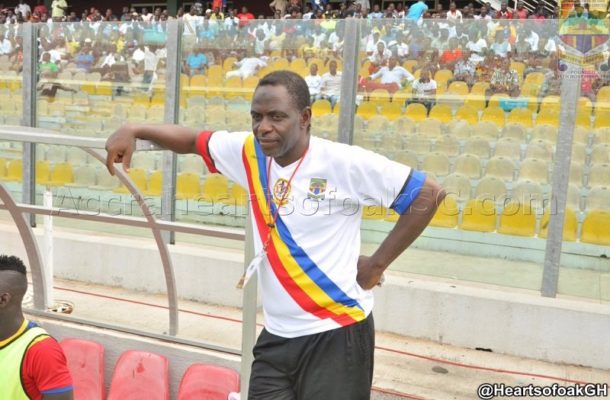 Legendary former Hearts player Mohammed Polo has hit hard at 'inexperienced' Hearts coach Samuel Boadu as he says that is the reason why Hearts is struggling.

The former Medeama gaffer took over the reigns of the Hearts coaching job midway through last season and guided them to break their trophy hoodoo as they won the Ghana Premier League title for the first time in 12 years and also won the MTN FA Cup.

Hearts of Oak are yet to win a match this season in the Ghana Premier League after four matches with three draws and a defeat against AshGold on Sunday.

According to Mohammed Polo, winning the league once does not make one a good coach as one needs consistency to be a top coach.

“Coach Samuel Boadu lacks experience, football is more than winning in one season, you need to win consistently and defend your glory days. That is what makes you a great coach,” Polo told Akoma FM in an interview.

“Review Samuel Boadu's work as soon as possible, if he cannot turn around the current run of poor form he should be sacked. If he can't bounce back just give him the sack,” Mohammed Polo shared.

Ghana Champions Accra Hearts of Oak will host Algerian side JS Saoura at the Accra Sports stadium on Sunday.