Ford gift saga: I have nothing personal against Mahama - Minority leader 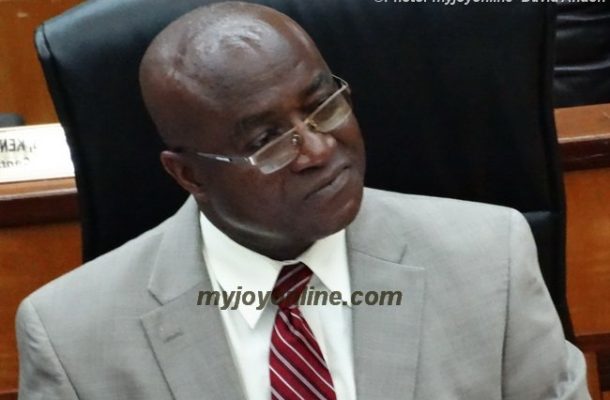 Minority Leader Osei Kyei Mensah Bonsu says a petition that could lead to impeachment proceedings against President John Mahama over a Ford vehicle gift from a Burkinabe businessman is not a witch hunt.

"I don’t have anything personnel against the president," he told Joy News's Elton John Brobbey in an interview.

President Mahama took a 2010 Ford Expedition in 2012 from a Burkinabe contractor and friend, Djibril Kanazoe. The Presidency has however explained the gift is not being used by the President personally. It has been donated to the state and is now part of the Presidential pool of vehicles, government has explained.

But the Minority has breathed life into the controversy that had died down. A petition signed by more than 100 MPs has activated Article 112 (3) of the Constitution which directs that parliament must consider a petition signed by at least 15% of MPs which translates into at least 41 MPs.

He referred to the President’s own comments in which he insisted he did nothing wrong and challenged his critics to use constitutional processes if they so desire.

“We are only applying ourselves to the path that the constitution has provided for us,” the Minority leader told Joy News’ Parliamentary correspondent Elton Brobbey.

The Majority has described the Minority’s motion as a “wasteful recall” which “amounts to nothing”. Tain MP has decried the cost of the recall saying it could buy five of the 2010 Ford Expedition under contention.

"It is just one Ford we are going to investigate" Kwasi Agyemang Gyan-Tutu explained to Joy News that parliament must foot the transportation of each MP. Some MPs from the north of the country will have to be paid 2,000 cedis.

The motion could be gutted by counter motions from the Majority seeking to discourage any discussion on the matter.

The Minority motion will need a simple majority to be accepted for debate and a subsequent resolution calling for a bi-partisan investigation.

CPP Youth Organiser Ernesto Yeboah has backed the Minority's push for a parliamentary vote on a motion to get the President investigated for accepting a Ford Expedition gift from a Burkinabe businessman.

“It is better late than ever” Ernesto Yeboah described the recall of all 275 MPs to consider a motion filed by the Minority leader Osei Kyei-Mensah Bonsu.

In a different constitutional move to get to the bottom of the controversy, the CPP Youth League barely a week after the story broke on Joy FM, petitioned the Commission for Human Rights and Administrative Justice (CHRAJ) to investigate Mahama.

Led by Ernesto Yeboah the CPP Youth maintained that President Mahama contravened Article 284 of the 1992 constitution detailing the CODE OF CONDUCT FOR PUBLIC OFFICERS.

It states that a public officer shall not put himself in a position where his personal interest conflicts or is likely to conflict with the performance of the functions of his office.

Speaking on the latest development, Ernesto Yeboah said a simple request by the Minority to have the President investigated should be welcomed by the Majority.

“They are not asking for anything big,” he said. “Why would you want to prevent any sort of investigation into the matter” Ernesto Yeboah wondered.

The Majority has expressed displeasure at the recall with barely three months to the general elections. With Parliament on recess, the MPs seeking re-election are campaigning.