Forgive me, it was a mistake - Salma Mumin apologizes to MTN 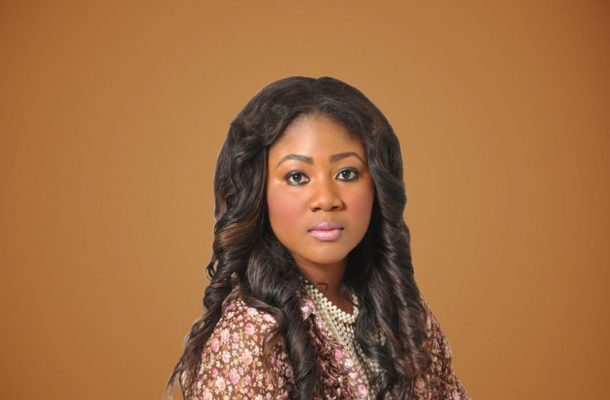 Actress Salma Mumin has rendered an unqualified apology to MTN Ghana for putting the name of the company into disrepute.

On Friday, the telecommunication giant threatened that it "would be compelled to take legal action" against Ms Mumin, thus if refuses to immediately apologize to the firm.

This was after the actress wrongly accused MTN Ghana of stealing money from her Merchant Momo Wallet.

"MTN keeps saying nobody can withdraw your momo account with your concern but I just found out my over 10,000 cedis from my business account has been taken... MTN is not safe anymore!", she accused on Instagram.

But in a rejoinder, the leading network provider refuted the claims saying, there was no such money in Salma's account as ranted in her Instagram post.

The company subsequently threatened a legal suit against Salma Mumin, believing that her post only sort tarnish its reputation.

"By this rejoinder, we demand that @Salmamumin immediately apologize to MTN Ghana within 24 hours of this publication. The apology must state clearly that her claims that MTN Ghana had taken money from her wallet was false and giving same prominence as that of her initial post failing which the business will be compelled to take legal action against her", the statement threatened.

Reacting to the threat, however, the actress admitted her post was a "mistake" and "unfortunate" and therefore apologized for the wrongdoing.

"It was clearly mistaken. I hereby retract the said post and apologize unreservedly to MTN Ghana for any inconvenience caused it by my earlier post", Salma wrote.

She was also thankful to MTN for help her solve the difficult she was facing in her transactions.

Read her full apology below: 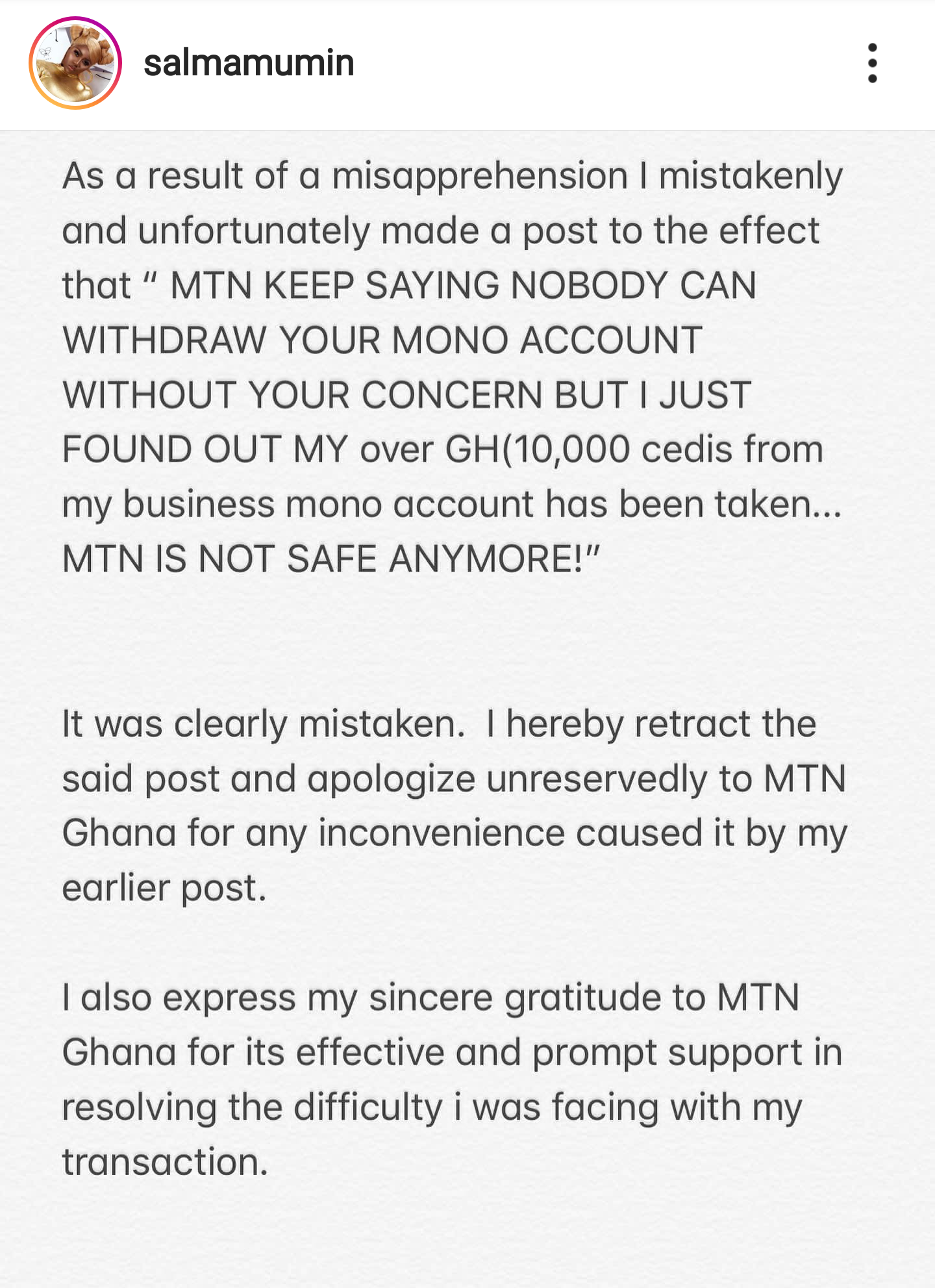