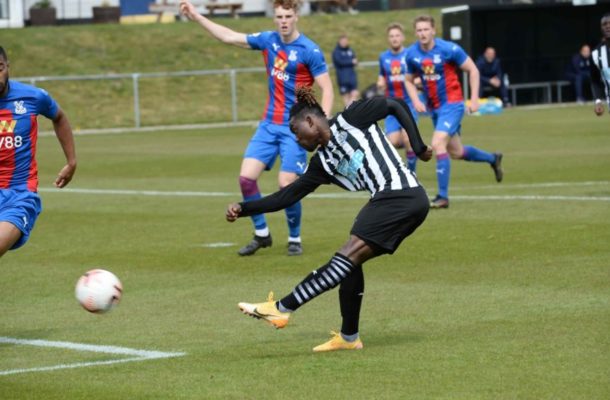 Forgotten Ghana winger Christian Atsu played for the Newcastle U-23 side where he regular plays nowadays after being banished out of Steve Bruce's first team.

The English manager has made it clear to the Ghanaian winger that he does not figure in his plans and has been left out of the Premier League squad.

The Ghanaian winger provided an assist as the Newcastle U-23 side defeated Crystal Palace 2-0 in the Premier League 2.

Atsu was dominant in the game throughout  and came close to scoring but his efforts were thwarted but gave a pass to Adam Wilson to open the scores.

Newcastle United added the second goal of the game through Kyle Crossely in the 70th minute of the game.

Christian Atsu has been playing for the U-23's through out the season and has made five appearances scoring a goal.

The winger's contract will expire at the end of the current season and will be free to join any team of his choice.

He has been linked to a lot of Championship clubs and Scottish giants Rangers and Celtic.

The former Porto man joined the magpies from Chelsea in 2017 and has made 75 appearances scoring just three goals for the club.