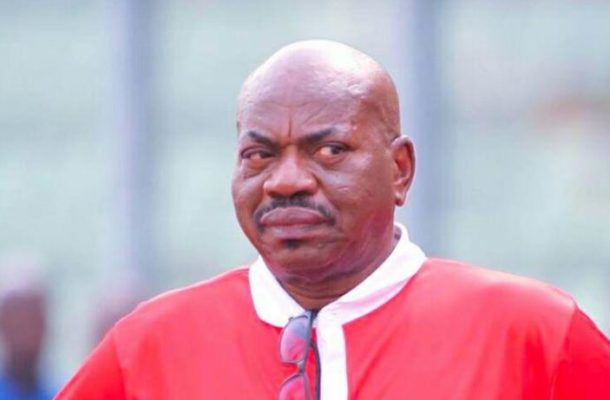 Reports in the local media indicate that the Ghana FA Executive Council member has not received his salary at the club since February.

Mr. Amoako was relieved off his duties following the formation of a new 9-member board by the Manhyia Palace last month. The entire management team was dissolved after a meeting with Board chairman Dr. Kwame Kyei.

Sources say the board will meet him in the coming days to discuss on how to settle the outstanding arrears as well as open discussion on the appointment of a new CEO.

President of Division One League side Phar Rangers, Nana Yaw Amponsah has been heavily tipped to take over the realms of the Porcupine Warriors and multiple media resorts suggest that the former GFA Presidential aspirant has submitted a five-year development plan to the board.