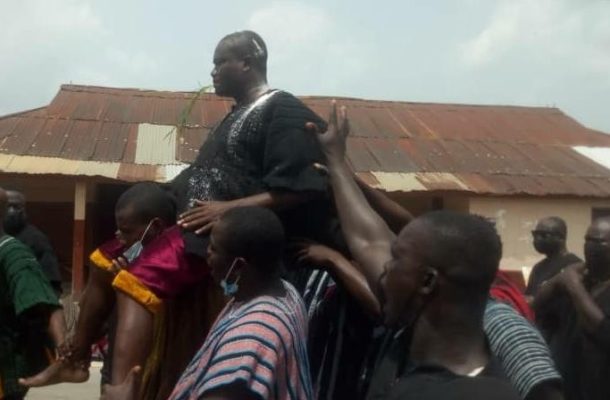 A former Assembly Member for the Ahenebronum Electoral Area in the Abuakwa South Municipality of the Eastern Region, Mr. Kwame Asiedu Bekoe, has been enstooled 'Akwansrahene', to lit, 'Visiting Chief' in Kyebi.

The now Nana Bafour Kwame Asiedu Bekoe was at the Ofori Panin Fie on Wednesday, April 7, 2021, where he's swore the oath of allegiance to Okyenhene, Osagyefuo Amoatia Ofori Panyin.

At a colorful traditional ceremony, the Okyenhene advised the newly installed chief to remain faithful to his new position at the palace and the community in general.

He urged him to use his installation to help fight against illegal mining in the area.

“Bafour Kwame Asiedu needs to help to fight against galamsey (illegal mining). First, he was a child, now he is grown. Any bad act that he did, I have forgiven him. Team up with the youth and bring success to this community,” said Okyenhene.

Nana Bafour Kwame Asiedu on his part said, in his reign, he will be visiting and surveying the lands of the Okyeman

“My main obligation as a ‘Visiting Chief’ is to visit and survey the lands of Okyenman. Also, I'll inspect the kind of work people use our lands for,” said the new chief.

According to him, he has knowledge in the mining business before and that he will use the skills acquired to protect the land of the Abuakwa state.

“There are many uncovered pit all over the communities and since I know many of the guys who are responsible for that act, I will make sure I summon them to Okyenhene’s Palace,” Nana Bafour stated.

He added, “There are many people who have encroached our lands without a permit. I promise to bring all those people before the Okyenhene.”

Bafour Kwame Asiedu pledged to work had to change the negative tag of illegal mining in Abuakwa state and submit to the calls of Okyenhene whenever his services are needed. 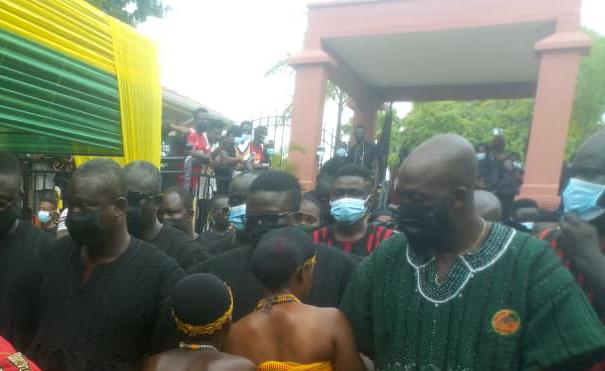 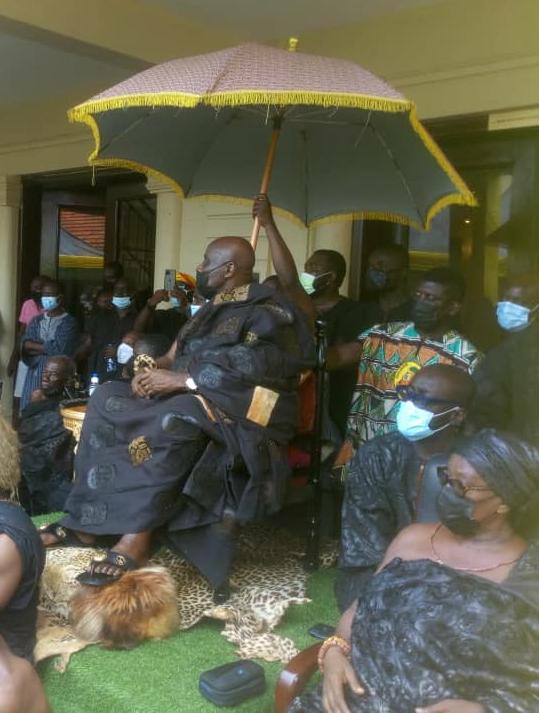 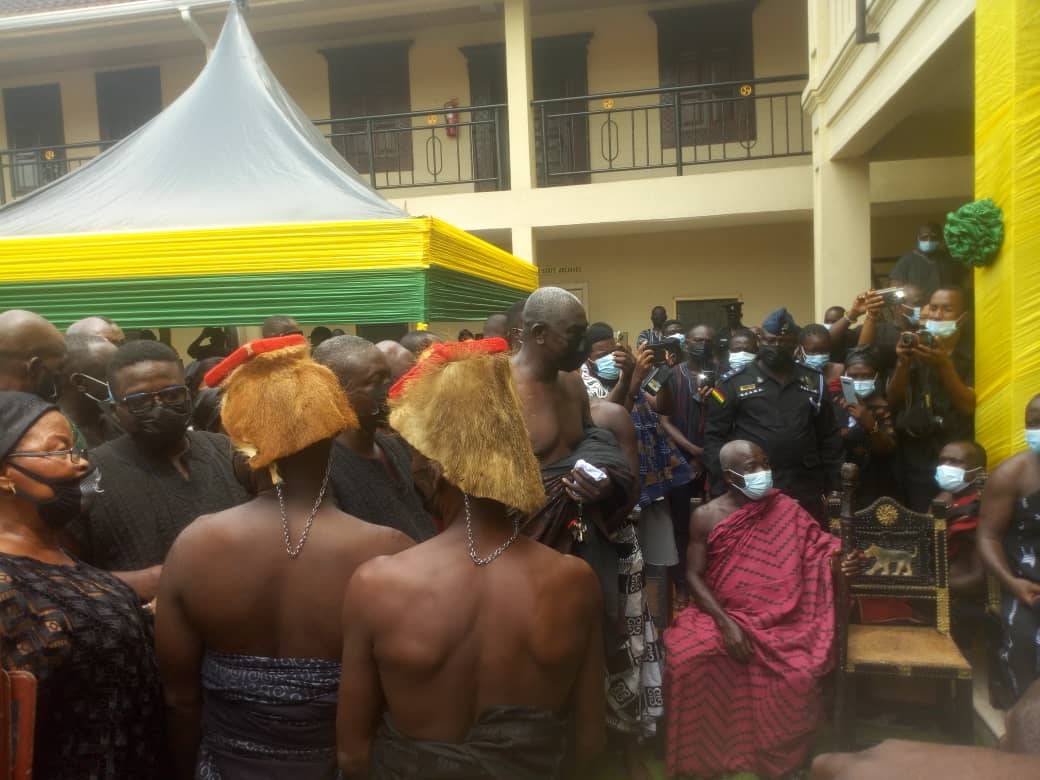