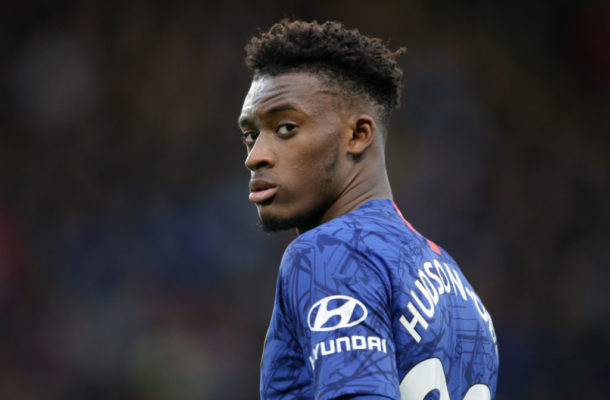 AS Monaco defender Jonathan Panzo has given a recount of his days with Callum Hudson-Odoi at the youth team of Chelsea, saying he knew the Ghana born British will succeed.

The former teammate has been impressed with Callum Hudson-Odoi and several other Chelsea academy graduates after their senior breakthrough.

The 19-year-old is currently on loan at Belgian club Cercle Brugge where he has had 17 appearances in the Jupiler League so far.

But his football started when he was recruited to join the Chelsea youth setup when he was seven.

Panzo was also part of the England U17s team who won the FIFA Under-17 World Cup back in 2017 and was tipped to be the next breakthrough from the Chelsea academy.

However, he made the decision to join AS Monaco in 2018. He made three appearances for the Ligue 1 club before going to Belgium on a loan spell.

Panzo has seen how his former Chelsea academy teammates now thrive at Chelsea under Frank Lampard and specifically mentioned he is not surprised by Hudson-Odoi’s meteoric rise.


He told Goal: “We all knew from when he was young that Callum was going to be successful at Chelsea.

“I grew up with Callum and the things I have seen him do are crazy. He deserves it all and well done to him.

“I hope he carries on to be successful at Chelsea or wherever it takes him. From young, he was doing all the things you see now. It was crazy what you saw him do.

“I am buzzing that the players I played with are getting their chance. Billy Gilmour, Reece James and there’s too many to even name now. They deserve it all.”


However, Panzo expressed a bit of regret the leap from the academy to the senior squad was not as easy back when he was still at the club.

He said: “It is unfortunate for some of us before that didn’t get a chance and maybe that’s the reason why I left but it is just how things happen.”