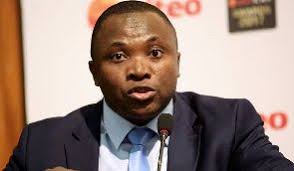 The Former Director of Communications of the Ghana Football Association (GFA), Ibrahim Sannie Daara has been named as the General Manager of Zylofon Media.

The revelation was made during the launch of Zylofon Properties in Accra, on Friday night.

Sannie Daara is one of Ghana's famous football journalists having worked for the BBC for eight years and has a huge experience covering Africa football.

He has also been instrumental in the creation of several new media organisations focused on African football and has been credited for training several sports journalists in Ghana.

He has won several awards in the journalism profession including the prestigious Foreign Press Association (FPA) Award in the UK which is the crowning achievement of any journalist's career.

Sannie Daara holds a Masters degree in International Journalism from one of the world's leading journalism schools, Cardiff University, in the United Kingdom.