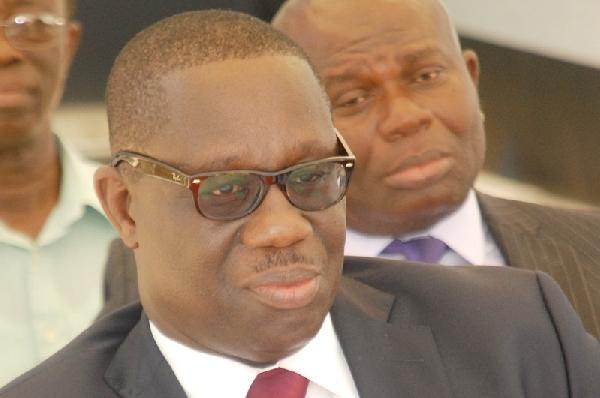 A former Director-General of the Social Security and National Insurance Trust (SSNIT), Ernest Thompson, will appear before a High Court today over the $140 million Operating Business Suite (OBS) contract during his tenure in office.

Mr. Thompson is expected to be charged for causing financial loss to the state.

He will appear in court with three other persons.

The four persons are alleged to have contributed to the state losing millions of dollars over the SSNIT OBS software.

In August 2017 about 15 people appeared before the Economic and Organised Crime Office (EOCO) as witnesses in the matter.

SSNIT also contracted PricewaterhouseCoopers to conduct an audit of the contract.

Amidst the controversy, it emerged that Caleb Afaglo, who was appointed in 2015, did not hold the right qualifications.

He was interdicted by the management of the Trust over suspicions that his Bachelors’, Masters’ and Doctorate degrees were fake.

EOCO conducted raids in his house, seized his passport and froze his bank account to commence investigations into his qualifications.

EOCO also reportedly interrogated members of Mr Afaglo’s household and confiscated some documents belonging to him.

The Management of SSNIT subsequently said it was entirely convinced that the degrees were fake and had therefore taken the decision to sack Mr Afaglo.

Mr. Afaglo’s CV indicates that he acquired his BSC and MBA from the Georgia Institute of Technology, and a PhD from the Kennedy Western University, which was an affiliate of the University of Cincinnati until it was closed down in 2011.

A number of other revelations have been made by the current management of SSNIT including the fact that the former Director-Generals of the body, including Ernest Thompson, traveled on first-class tickets on foreign trips.

The current Director-General, Dr. Ofori-Tenkorang said he cancelled such benefits and opted for business class when he assumed office.

He also revealed that about ten staff of the Social Security and National Insurance Trust [SSNIT], have been dismissed in the last few months for possessing fake certificates.