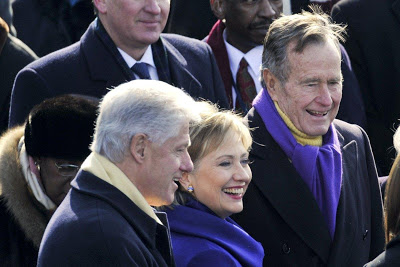 Former America President George H.W. Bush has decided that he'll vote for Democratic party presidential candidate Hillary Clinton in November. According to a report by Politico, the former President told political insiders at a Maine meeting he'll be voting for Hillary.

Kathleen Hartington Kennedy, the former lieutenant governor for Maryland revealed she met with 92-year-old Bush on Monday and he agreed to vote for Hillary.

“He is not commenting on the presidential race in the interim.”