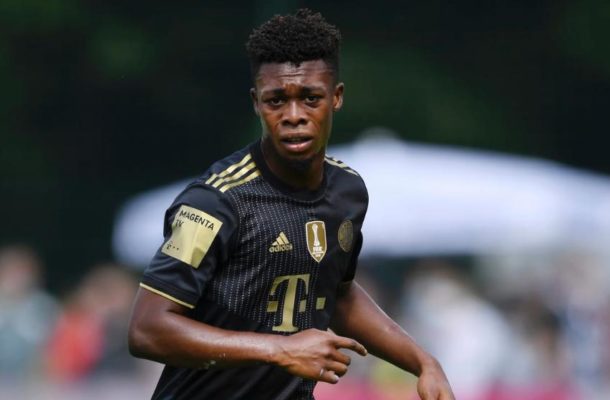 Christopher Scott (turned 20 on Tuesday) was born in Cologne and grew up at Bayer Leverkusen before moving to Bayern Munich in 2020.

Last season he played in the fourth division for Bayern II where he made 24 appearances in central midfield, he scored 7 goals and set up 6 goals.

The offensive jewel already got a taste of Bundesliga in Munich as he made two short appearances in the 20/21 season.

The attacking midfielder will be a free agent next month but Bayern Munich have activated a one year clause in his contract.

According to transfermarkt.com, Scott, who also has Ghanaian citizenship, has a current market value of 1.2 million euros.

His contract in Munich would have actually expired this summer, but according to Sky, Bayern took an option for another year in Munich – although they are currently no longer planning with Scott.

He wants to leave and can imagine moving back to the Rhine. In the meantime, there are said to have already been talks between the people in Düsseldorf and their colleagues in Munich. Bayern also seems ready to loan Scott and extend the contract between the player and the record champions.

Fortuna aren't the only club interested in the talent. Austria Klagenfurt (1st league Austria) is also said to have put out feelers.