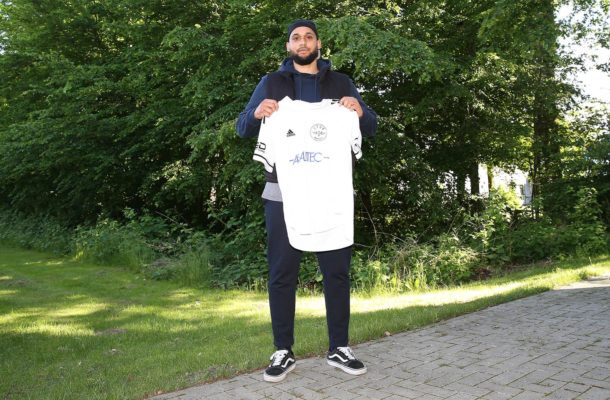 A transfer that Huremovic confirmed when presenting the new team bus:

"He brings a lot of experience and is an absolute all-rounder who can play in several positions in the defensive area. He's also very strong in one-on-one combat and organizes well," says the trainer and manager in one person.

"Thanks to his experience, I expect a lot of stability in defense from him and also a boost in quality when building up the game. He will definitely bring us forward in terms of quality through his ambition, his attitude and his experience," Huremovic is sure - and he is convinced that "just because we have many players who can be used very flexibly, it is difficult to calculate" .

He joins the likes of Florian Klein (TuS Dassendorf), Eymen Usta (Hamburger SV III), Edin Tanovic (Meiendorfer SV) and Kusi Kwame, who comes from the regional league from 1. FC Phönix Lübeck to Mittlerer Landweg and brings a lot of higher-class experience with him, the next top-class newcomer about almost the same attributes who have signed for ETSV Hamburg.