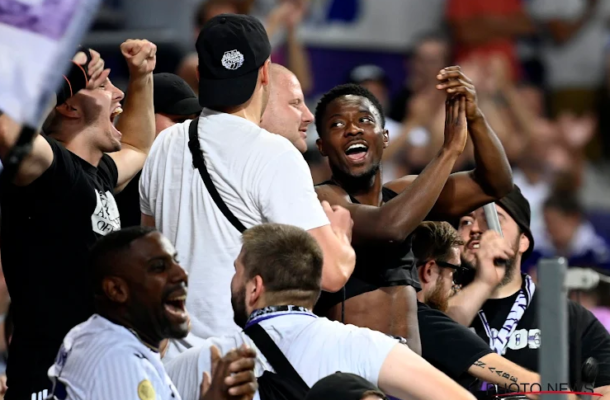 Francis Amuzu seems to be staying at Anderlecht. The winger himself has indicated that he would like an extra year at the Purple & White.

He feels confident with Felice Mazzu and he knows that he can leave the big gate after this season.

Amuzu has been in Anderlecht 's A squad for four years . In those four years he has never been an undisputed starter. This season it is possible and Anderlecht also want to keep him, despite a bid of 10 million euros from Nice.

That expresses trust. Just like he feels with Mazzu, who went to talk to him about his plans. Ciske has never felt so important at Anderlecht .

And it's a real Neerpede player. One that Anderlecht carries in his heart. That is why he is so eager to show for another year that the critics were too quick to condemn him.

But then his contract also has to be adjusted. The current one will expire in the middle of 2024 and if Anderlecht want to receive such an offer again, he should not start his last contract year. But then the entourage of the winger also wants butter with the fish...