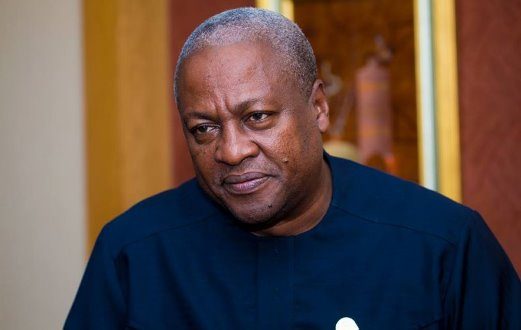 Former President John Dramani Mahama has indicated that the recent move by the Akufo-Addo led government to reduce electricity tariffs may return Ghana to the power crisis (dumsor) that hit the country for well over three years.

According to the former President, government will risk bringing back dumsor which his government succeeded in ending due to the reduction of tariffs.

Mr. Mahama further stated that the ruling New Patriotic Party (NPP) has no hand in solving the power crisis, asserting that Ghana is enjoying stable power supply mainly because of the efficient power plants his administration brought into the country.

President Nana Addo Dankwa Akufo-Addo in January announced an average of 14% reduction in electricity tariffs for non-residential users in the country.

“From January this year, the non-residential tariff rate, which is the rate which includes all of you here, is being reduced by an average of 14%. For barbers, it is being reduced by 18%; for hairdressers and beauticians, 15.7%, and for tailors, 9.8%,” he added.

However, addressing members of the National Democratic Congress (NDC) UK branch, Ex President Mahama said the move was not a good one.

He added that Ghana will zoom into power crisis as soon as the power plants he established are turned off for a moment, wondering how the NPP can claim it has solved ‘dumsor’ in such a situation.


Presenting the 2018 budget in Parliament, the Finance Minister, Ken Ofori Atta among other things announced that government has finally solved the power crises as promised.

“When I presented the budget in March, I indicated our commitment to take strategic steps to fix the challenges facing the economy and restore hope to Ghanaians. “I’m happy to note that we have turned the economy around. We have achieved in one year, what seemed impossible to achieve in eight years’’

“We’ll like to assure Ghanaians that the government of President Nana Akufo Addo is a government which delivers on its promises, we promised to end dumsor and we’ve done that,” Hon. Ken Ofori Atta noted.