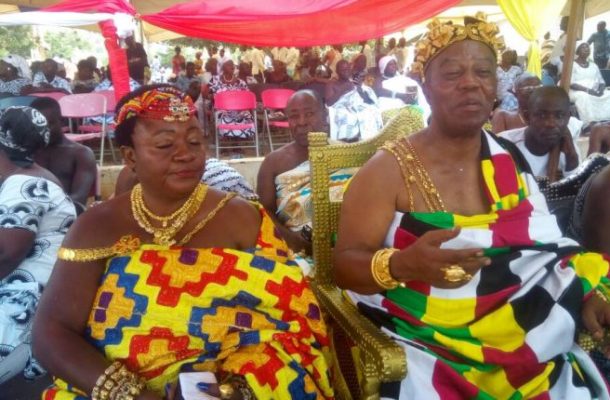 The Abetifi Traditional Council has predicted that government’s flagship agriculture Program, Planting for Food and Jobs will be a fiasco in the Kwahu East District if the Fulani menace persist.

According to her, a similar thing is likely to happen to the Planting for Food and Jobs program in the area.

The Abetifi Queen mother who doubles as the Queen Mother for Adonteng division of the Kwahu Traditional Council stated that arson attacks, murder, rape, defilement among others as some of the heinous crimes being committed by the nomads against farmers in the area discouraging them from going to farm for fear of falling victim to their criminal activities.


This she said is deepening poverty level in the area and affecting education and healthcare as teachers and Nurses continue to abandon post during clashes.

She said this in an interview with Starr News during a traditional durbar to mark Kwahu Adae-Kese at Abene.

The Chief of Abetifi also the Adontenhene, Nana Acheamfuor Asiedu Agyemang II also lamented that, the protracted dispute with the Fulani nomads in the area has forced many youth engaged in farming to migrate to the urban areas to look for jobs instead of farming.

He said this is a worrying situation which needs to be addressed by government adding that, for agriculture to strive in the area, there is the need for the cattle and the nomads to be flushed out.